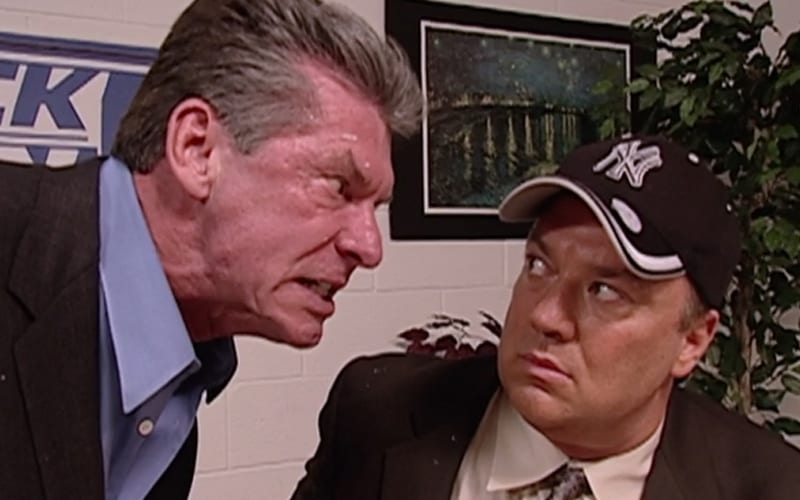 Vince McMahon decided to fire Paul Heyman from his Executive Director position of WWE RAW. Some people were pretty shocked by this news. Others weren’t as surprised.

McMahon’s opinion about someone can go a long way. Owning the company has those benefits and drawbacks. According to the Wrestling Observer Newsletter, some weren’t so shocked to see Heyman axed.

In fact, one person noted that Paul Heyman’s firing should have already happened since McMahon doesn’t like him.

One person on the front office side said, “I am shocked it took this long. Everyone knew it was coming. Vince did not like Paul.”

Bruce Prichard and Vince McMahon have a long history together. Prichard will be taking over for Heyman’s empty role as RAW and SmackDown’s creative process is consolidated.

Paul Heyman will still appear as a talent on WWE television. He very likely won’t be around much at all since his only client Brock Lesnar is notorious for his extremely part-time contract.