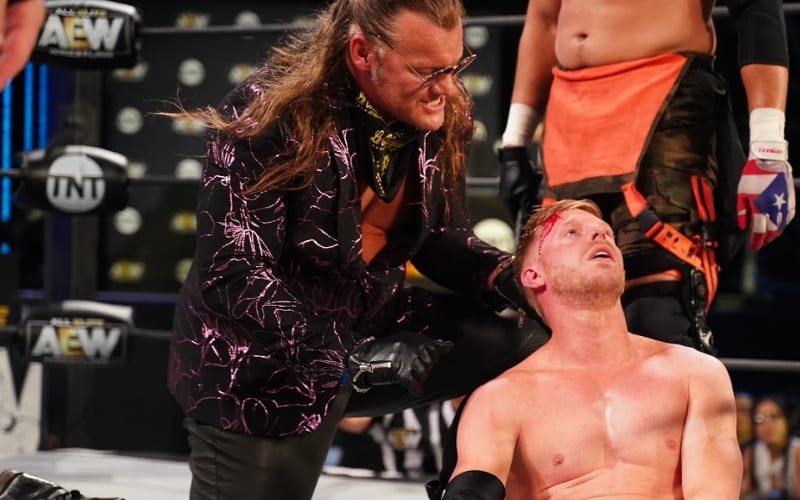 Chris Jericho left Orange Cassidy a bloody mess on Dynamite this week. It was a rather shocking segment that saw Y2J hammering away on Freshly Squeezed with a sack of citrus. There’s more to come.

During Jericho’s Saturday Night Special, he stated that there will be more to come with Orange Cassidy. He even teased a possible Fyter Fest match for the two.

Chris Jericho knows a good thing when he sees it. That is why is wanted everyone presently in the Inner Circle. Orange Cassidy has a huge upside to him as fans continue to latch on to his unique persona.

Orange Cassidy is getting out there a lot more. His nonchalant demeanor is quite entertaining. Let’s see what’s next for him, but his story with Chris Jericho is just beginning.

Click here to see Cassidy drop his quiet nature a bit as he drinks with Brandi Rhodes while making some food.