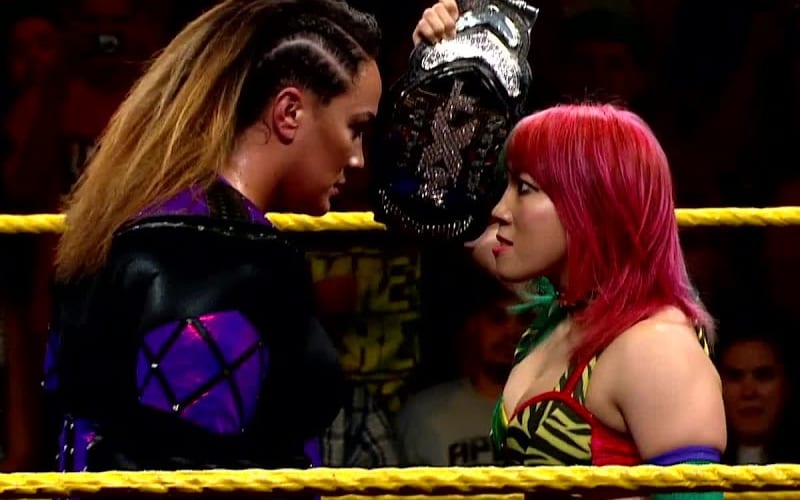 Asuka is set to battle Nia Jax at WWE Backlash. As the two Superstars prepare for the big event, they have a long history with each other they can look back on.

While speaking to Kayla Braxton on WWE The Bump, Nia Jax let loose a little bit concerning Asuka. She respects the RAW Women’s Champion and takes her seriously. She can also see that there has been a big change in who Asuka is. She’s not the badass she used to be according to the Irresistible Force.

“Asuka should always be taken seriously. That’s one thing that I learned about Asuka,” Jax noted. “But, she’s not the same Asuka. [She’s not the] badass that she used to be back in NXT. I can definitely get to her. So, don’t worry. I’m going to estimate Asuka perfectly.”

Nia Jax has received a lot of press recently, and it’s not always for the best reasons. Her proclivity to be really rough with her opponents has followed her. Now she has a prime position at Backlash.

We’re all hoping for the best in this match, but Asuka can handle herself even if Nia Jax doesn’t consider her the same fierce force she once was.