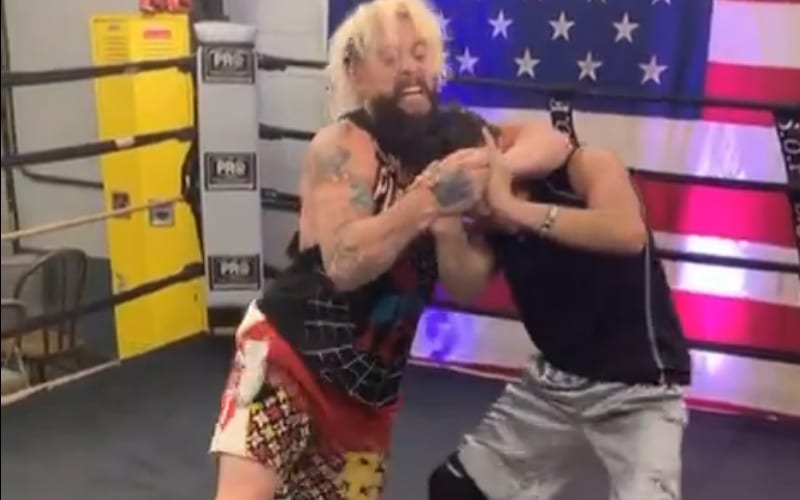 WWE released Enzo Amore and he hasn’t wrestled much since then. He still considers himself the undefeated Cruiserweight Champion. He was the title holder when he was released over allegations that turned out to be untrue.

Enzo Amore got in the ring and locked up with CZW wrestler KC Navarro. The two were really going like there was a crowd of thousands watching them. Of course, due to COVID-19 wrecking pro wrestling this was a private show.

NZO tweeted out a huge nod to KC Navarro as well. He seems to have enjoyed his time in the ring with him and sees a bright future in him as well.

As in wrestling, as in life, you must give to receive. I found this as fulfilling as any arena — @KCwrestles is gunna be a problem! Thanks kid

Enzo Amore has focused largely on his music career as of late. His released an incredibly emotional rap/rock track called “COVID-19 Anthem” that is worth a listen.

We’ll have to see if Amore gets back in the ring on regular basis, but he knows how to apply a headlock. We’d like to see more from Enzo, how about you? Sound off in the comments below!

If Heyman is just used for Lesnar, that means he wouldn’t be around much at all, since Lesnar isn’t around. If he will have his old role, it would mean he would be around every week helping with promos and vignettes.