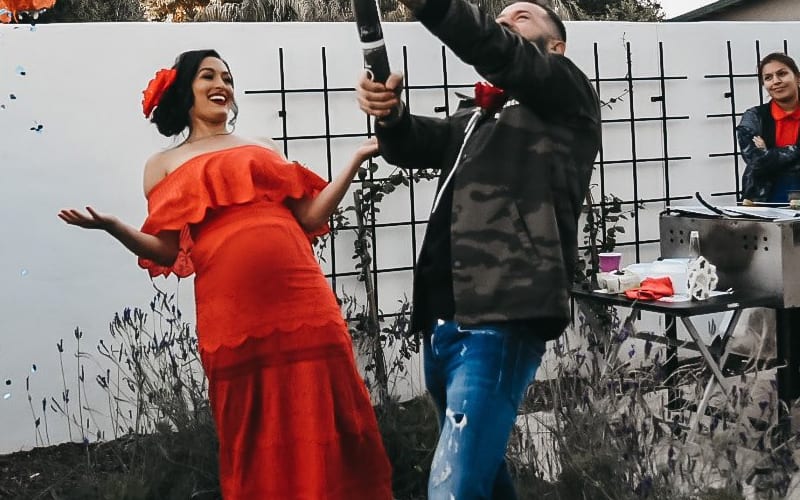 Nikki and Artem are having a boy. Everyone was happy for them as they celebrate the upcoming birth of their first child.

The baby Chigvintsev boy is due in August. WWE celebrated this announcement by blasting it out on their social media as well.

Brie Bella and Daniel Bryan decided not to participate in this gender reveal. We previously reported that Bryan wanted to wait and have it as a surprise on the big day.