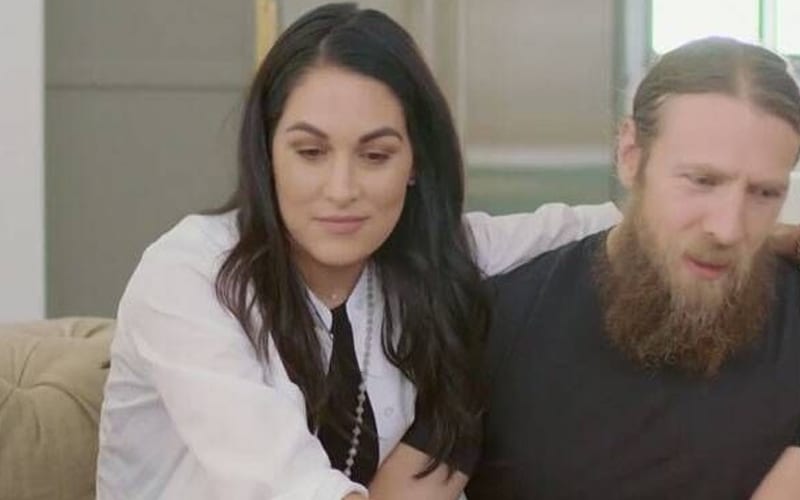 Baby Danielson #2 is on the way, but Bryan wants the gender to be a big surprise.

Too Fab reports that the upcoming episode of Total Bellas is set to include some serious drama. This is all over The Bella Twins’ plans for a joint gender reveal.

“We don’t really want to know the gender,” Daniel Bryan reportedly interjects. “I thought we wanted to do a surprise.” Brie tells Bryan that they’ve talked about it already. Then Bryan reminds her that they did already agree that it would be a surprise.

Later on, Brie Bella reportedly expresses doubt about learning the gender of her second child when it is born. The fact that Nikki is pregnant at the same time changed her opinion on the matter.

“I’m pregnant with my twin sister, this is something we can have fun together with. When can we ever find out together like this? We can plan together, go shopping together, when we both know our genders.”

Daniel Bryan later says that Nikki’s influence over Brie is one of his “big problems” He continued and sounded quite upset while expressing himself.

“One of my big problems in life is Nicole has more influence on Brie than I do. It’s happening right now, right in front of us! You and I have spoken for hours about how we want a surprise and it takes 5 minutes of Nicole saying, ‘Hey, we can hit piñatas together, sold!'”

We’ll have to see how everything plays out. This sounds like it could be a real situation playing out on camera. Of course, things will be edited to make it seem more dramatic, but a guy like Daniel Bryan likes surprises.