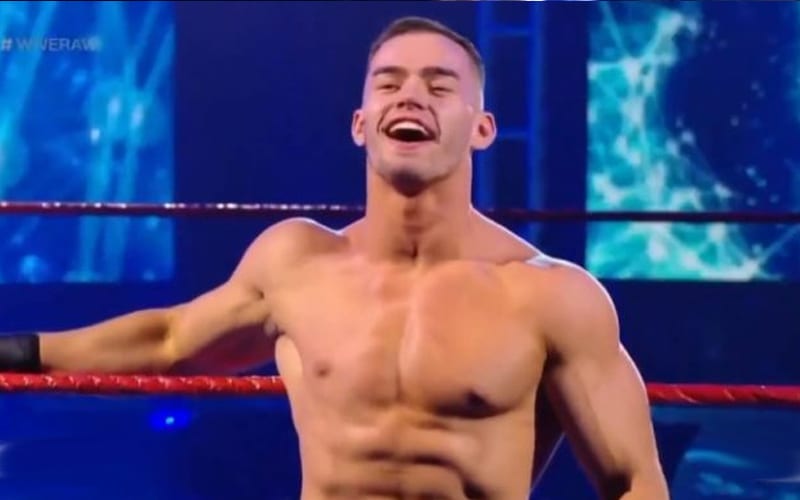 The WWE locker room is evolving with new talent. Randy Orton has some wise words for a lot of younger Superstars: slow down. One person who gained his attention in a good way is Austin Theory.

While speaking on After The Bell, Randy Orton revealed that Austin Theory asked permission to use the TKO finisher on WWE television. Since the move ends in about the same way as an RKO, Theory asked if it was okay. That extra effort to show respect went a long way with Orton.

“He asks me, ‘hey I want to do this move and it ends in a similar position, like a cutter, you know.’ I think he picks the guy up into a fireman’s carry and spins him around and does a cutter and I was so taken back that this kid took the time and had the respect and wherewithal to ask me if it was okay with me for him to do that. Before I could even think about what the right answer should be I said, ‘Yes! Oh my god, are you kidding me?’ He came and he asked me and I don’t know if that’s ever happened.”

“I see a lot of other guys doing variations of other guys’ moves and that’s just a huge no-no and I feel the way that it used to be for me when I was at that stage is so different now. I almost don’t know how to navigate anymore when I’m trying to help out new talent.”

The old way of making sure you have your own moves and not letting anyone kick out of your finisher are lessons that Randy Orton learned. Now things are very different as the pro wrestling world changed so much.

John Cena had to make a former Superstar stop doing his finisher because it looked too close to the Attitude Adjustment.

Austin Theory certainly gained a ton of respect in Randy Orton’s book. He knew to ask before performing a move anything close to The Viper’s RKO. That is a tradition Orton rarely sees anymore.