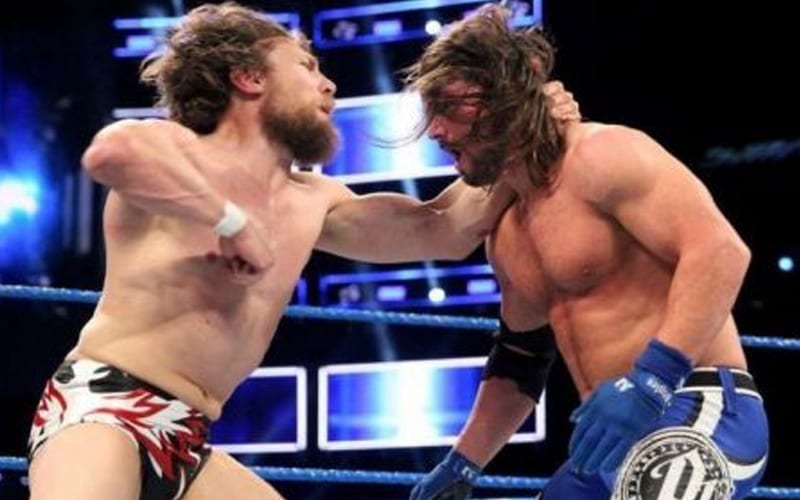 AJ Styles and Daniel Bryan are set to face each other for the Intercontinental Title this Friday on SmackDown. The two were given a task to get along for the sake of representing the company, but they had other ideas.

Bryan and Styles were the Grand Marshals at NASCAR’s Blue-Emu Maximum Pain Relief 500 race. They appeared via webcam in a split screen as the action took place at Martinsville Speedway in Martinsville, Virginia.

Bryan acted like he was the Grand Marshal, but AJ Styles interrupted him. Styles said that they should look no further than him if they’re looking for a real Grand Marshal. Daniel Bryan continued to bicker with Styles about who is the real Grand Marshal of the race.

They continued and eventfully said “drivers start your engines.” The race started and the commentary team plugged SmackDown while making mention about how they argued: “I hope they don’t talk each other to death.”