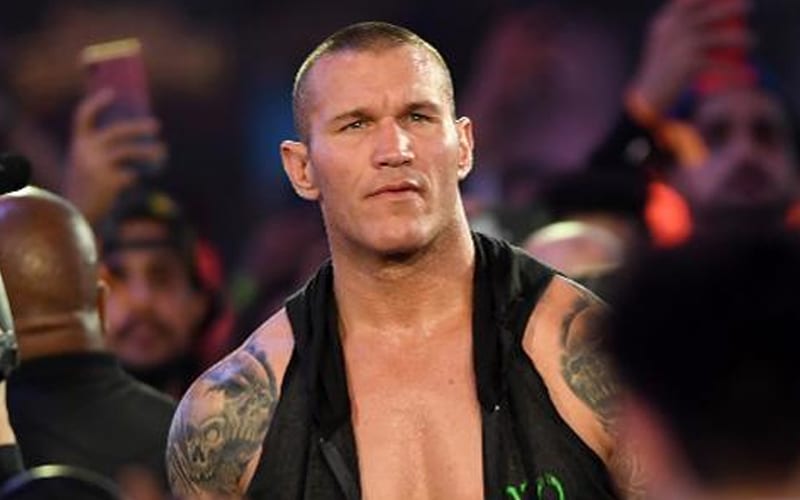 Randy Orton and Edge’s rivalry did not end at WrestleMania 36. The two continued on and are set to battle at Backlash. Orton is very happy to be in this program with the Rated R Superstar because it also comes with certain bragging rights.

While speaking to After The Bell, Randy Orton discussed the honor he felt being chosen as Edge’s first opponent. The Viper understands how hard it can be in the ring, especially if you’re working with someone who doesn’t understand how hard they’re hitting you.

He didn’t name anyone specifically, but Randy Orton told Corey Graves that he’s been leery before working with certain guys in the past who came in from the NFL.

“Knowing that I was his top pick to come back after almost 10 years with all the injuries he’s had including the neck surgery. That right there is probably the greatest compliment I could ever get in this business in this line of work. I have a lot of injuries so when I’m working with certain guys you know I have to be a little leery because some of these guys they just came out of the NFL they don’t know how hard they punch. They don’t know how hard that shoulder tackle is. Like I’m not in full gear on a football field getting tackled. Like we gotta do that 200 times a year.”

“Knowing Edge considered me the safest guy he could work with and also have a story with that we could capitalize on that really made me feel quite well to be honest with you. I was very honored that Edge wanted to work with me for the first time after 10 years.”

Edge and Randy Orton are set to have The Greatest Wrestling Match Ever at Backlash. It might be on the top of everyone’s list, but that is a very subjective statement to make. It is still a huge honor for Orton that he was picked to face Edge first.