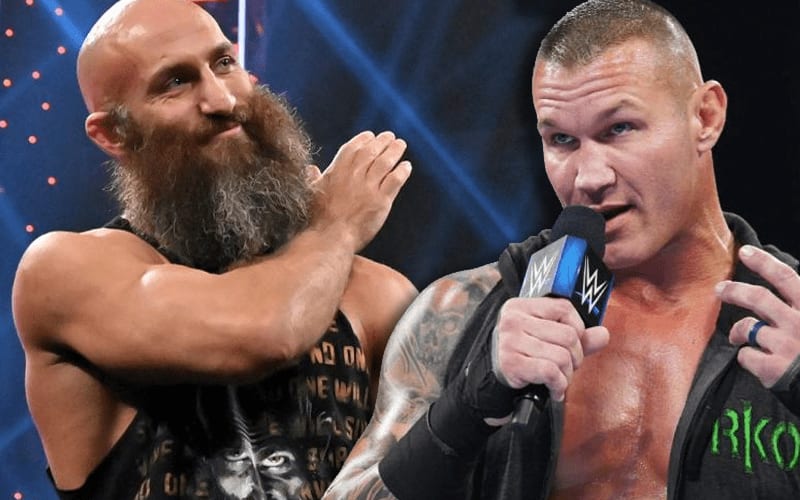 Randy Orton is concerned about Tommaso Ciampa. During a recent Backlash media conference, he had some suggestions for the former NXT Champion.

Orton was asked about wrestling Tommaso Ciampa. He’ll do whatever his boss tells him to do. He said the same about going to Saudi Arabia as The Viper is under contract with WWE and bound to do as they wish.

Orton continued to discuss how he could help Tommaso Ciampa learn a few things to help him out. Those tips include not killing himself for the fans so he can have a much longer career. Orton also stated that he could help Ciampa with his storytelling.

“When you see so much of that back to back, you don’t get to invest in these matches because they’re just one thing after another. Although it’s highly physically impressive, and I wouldn’t be able to do that style, they’re going to have very short careers.

“I worry about Ciampa in particular because with all these big injuries he’s had, he needs to learn how to tell stories and slow it down and not think that the fans want to see him kill himself. You’re only as good as the last match you ever had.”

It would be interesting to see which one between the two have more four and five star matches. Ciampa and Orton might have a lot to teach each other in that regard. It’s not that star ratings are everything, but they are a good indication of an opinion from a certain section of fans.