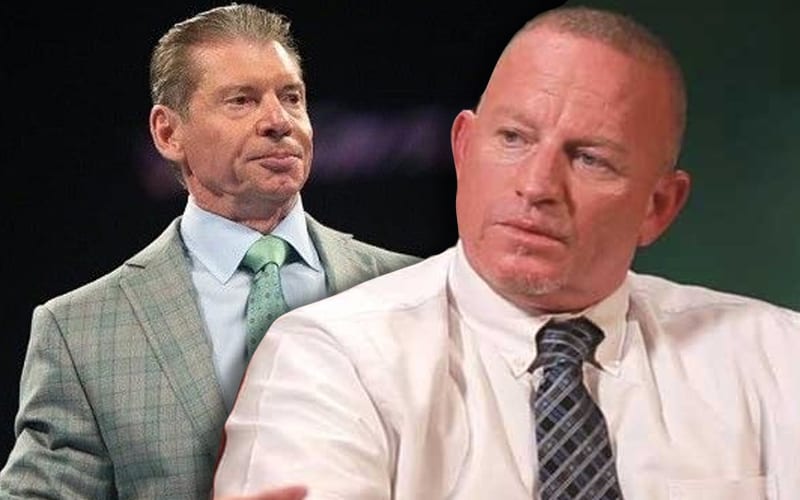 Vince McMahon is the final decision maker in WWE, but he has ways of letting others contribute.

During After The Bell, Road Dogg said the negative part about controlling everything is that things can get stale. Then the NXT producer made a joke about how his brain might be a bit weighed down due to his previous life experiences.

“A negative of me controlling everything knowing that my vision will work is it probably gets stale, you know what I mean. My brain only — I’m sure it soaked up a lot of bong resin and hops — so it’ll only go so far so I need the input of others. This is weird, I think it’s a strength and a fault.”

He went on to reveal something that he learned from Vince McMahon that empowers people backstage. A lot of ideas float around during creative situations. Sometimes it’s best to let someone have their way as long as it gets everyone where they need to go.

“One of my faults and attributes is that I listen to other people and I sometimes think — no, all the time. If their idea is better than mine I will always go with their idea. That’s actually something I learned from Vince McMahon he said ‘even if their idea is not as good as your’s, but it gets you to the same place, let them have their way because it empowers them.’ That’s a people lesson thing. Vince has taught me so much about stuff like that.”

Road Dogg said that he would love to come up with the stories and then let talent fill in the blanks. He said there are some talent you can trust backstage, but others not so much. All the while he is using things that Vince McMahon caught him along the way.