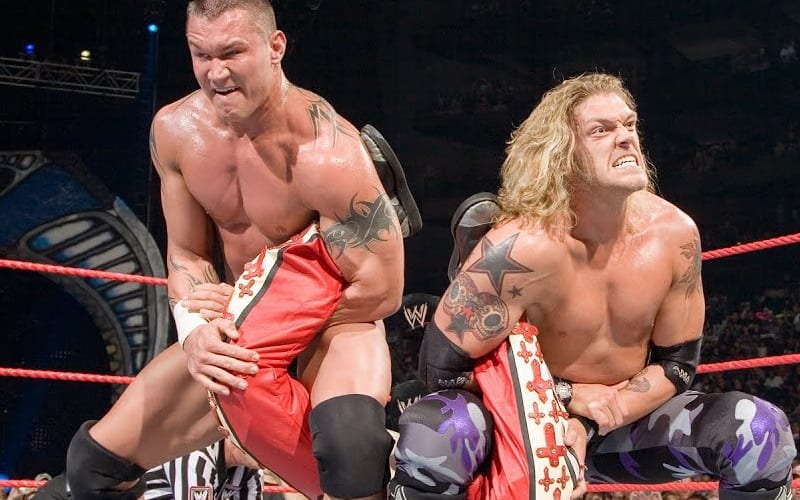 Randy Orton turned on Edge very soon after the Rated R Superstar’s return to WWE. This tease for a Rated RKO reunion might still be possible, because Edge wants it.

While speaking to RAW Talk, Edge opened up about Orton’s tease. He was down for a Rated RKO reunion. Obviously, that wasn’t in the cards.

“I would’ve loved to have seen Rated RKO take another ride together,” Edge said. “And obviously the audience that night… you heard it, they wanted it too, and I was more than willing to travel that road and when he said it, I actually looked forward to it and maybe it was because part of me was doubting, ‘Can I do this on my own? Right now until I get my feet, until I get my ring awareness back, until I kind of get that bump callous back, maybe doing it in a tag team with Randy Orton is the best way of doing that?’ And then, wham!”

Randy Orton and Edge could still team up down the line. Edge has several more matches in WWE under his current deal. It is possible that Rated RKO could return for a match or two if they wanted to make a couple of those Edge matches tag team outings.