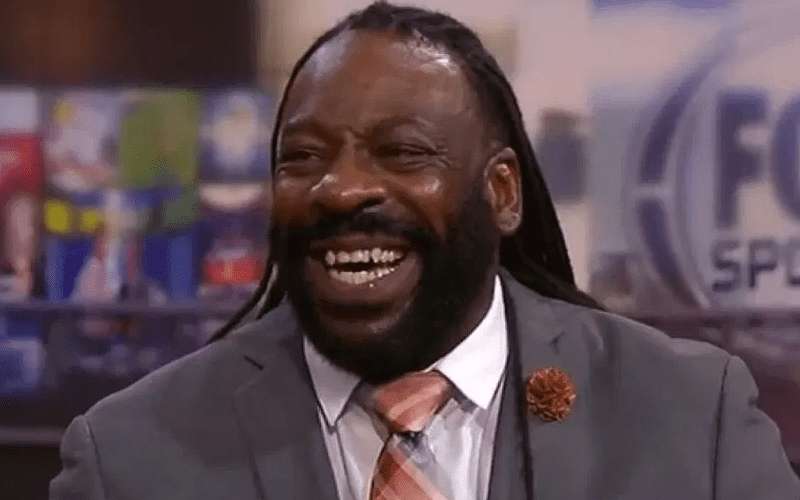 Impact Wrestling is teasing the arrival of recently released WWE Superstars and the fans are already making speculations. WWE released a large number of WWE Superstars on April 15th for budget purposes due to the COVID-19 pandemic.

Now, a number of former WWE Superstars are free agents and could land anywhere they want to. Joey Ryan also revealed that he wants to bring in a certain Good Brother to Impact Wrestling.

Booker T talked about this in his Hall of Fame podcast and said that Impact Wrestling could be looking to “get back in the game” by bringing in recently released WWE Superstars.

Booker addressed the Slammiversary promo and listed out a few names who’ve been released by WWE and were also in Impact in the past.

IMPACT Wrestling is perhaps maybe back in the wrestling game real soon. Maybe they’re getting ready to make a play because I was just thinking with all the acquisitions out there right now.

The video, Slammiversary getting ready to kick off, Eric Young was part of it, Mike and Maria Bennett, Luke Gallows and Karl Anderson, Drake Maverick was in it, EC3 was in that thing also, Curt Hawkins was in there as well. Like I said, there’s a lot of other guys out there that’s independent right now, contractors that’s free agents that’s looking to get picked up. I’m wondering is this now a time for IMPACT Wrestling to explode again and get back in the game?

Booker then went on to say that Anthem is pulling off some major financial moves. He said that they should be interested in bringing these free-agents in who have it in them to put a lot of “behinds in the seats”, according to him.

Superstars like Rusev, The OC, EC3, and Heath Slater have always been fan-favorites in the pro-wrestling community. It would certainly be interesting to see if any of the above mentioned Superstars land in Impact at Slammiversary.

Who amongst the recently released WWE Superstars do you want to see in Impact Wrestling? Sound off below in the comments!

Thank You to Wrestling Inc for the Quote.