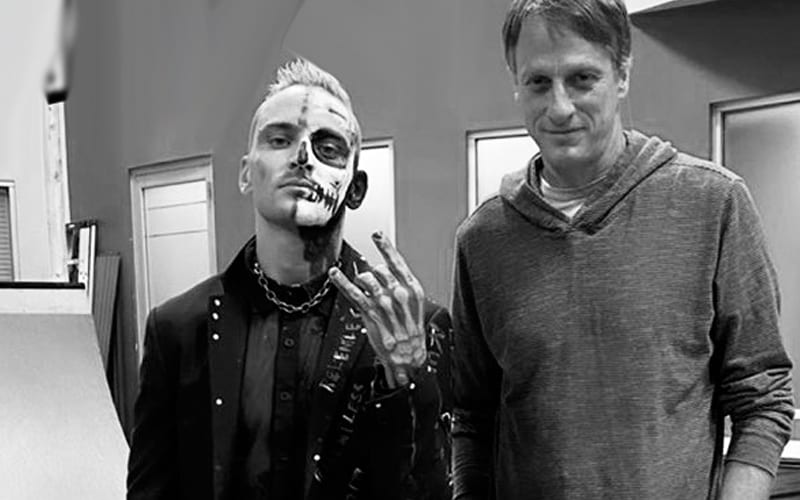 Darby Allin is a very unique individual. He obviously doesn’t like to have people telling him what to do while continuing to gain a lot of momentum.

Allin is currently not medically cleared to compete in the ring. That doesn’t mean he’s going to just sit at home.

The AEW star spent some time with legendary skateboarder Tony Hawk. He posted this on social media with a very defiant caption.

“Not medically cleared to wrestle.

Don’t need a doctors note to skate with Tony Hawk.”

Allin also included a video of himself jumping out of a hotel room window and thankfully landing safe and sound in a swimming pool. His caption to that video said that he doesn’t “need a doctors note to jump off a balcony.”

Hopefully, Darby Allin can get back to action soon. It appears that the action never really stops for Allin.