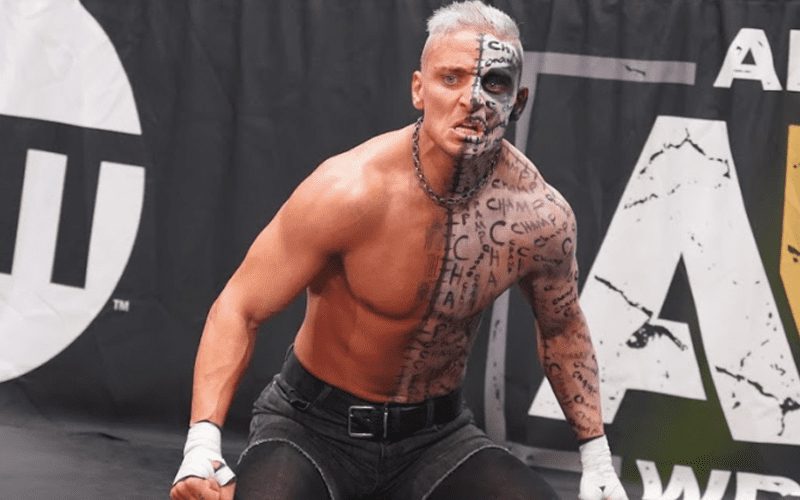 Darby Allin is with AEW and he is very happy about that decision. He had a chance to make his way toward WWE as EVOLVE opened the door. He just wasn’t interested in going down that path.

While speaking to AEW Unrestricted, Darby Allin discussed his WWE tryout. They messaged him and asked if he was interested. Allin said WWE already knew if they wanted him or not based on what he has already done.

Darby Allin then said that the people WWE calls for tryouts is a joke. He did’t want to be considered a cruiserweight which is how he would have likely been pigeonholed.

“Back then, they messaged me and asked me if I was interested in coming down. At the time, I was like, I’m not trying to sound like I’m too good for it, but I was already like you either want me or you don’t. I’m not going to try out for this because you already know what I can do based off the company I was wrestling for. They work so close with WWE, and I was already wrestling all of their wrestlers like Chris Hero or Velveteen Dream. You already know what I can do.”

“The people I see get tryouts, it’s such a joke. It doesn’t mean anything anymore. I’m not going to sit here and be this clown. Then I thought about it. I was like f*ck, I don’t even want to go there anymore. That’s when I started talking to Cody more and more, and I told them like look, I see the writing on the wall. I ain’t gonna play this game where I go there and be a cruiserweight, 205 Live person. I ain’t playing that game because then my body of work, my art [and] my promos never see the light of day.”

“That’s where I was like, I’m not playing these games with these people. There’s thousands of people there and you forget they even exist half the time. I’m not gonna be locked in the Performance Center. So I was like, I’m not doing this. I made that very clear to Cody, and the rest is history.”

Darby Allin has a bright career ahead of him in pro wrestling, but it’s very likely that he will be an AEW star the entire time. We’ll have to see if Allin eventually changes his mind, but if climbing his way up the indies didn’t convince him that he wanted to go to WWE then it’s doubtful that his mind will change any time soon.