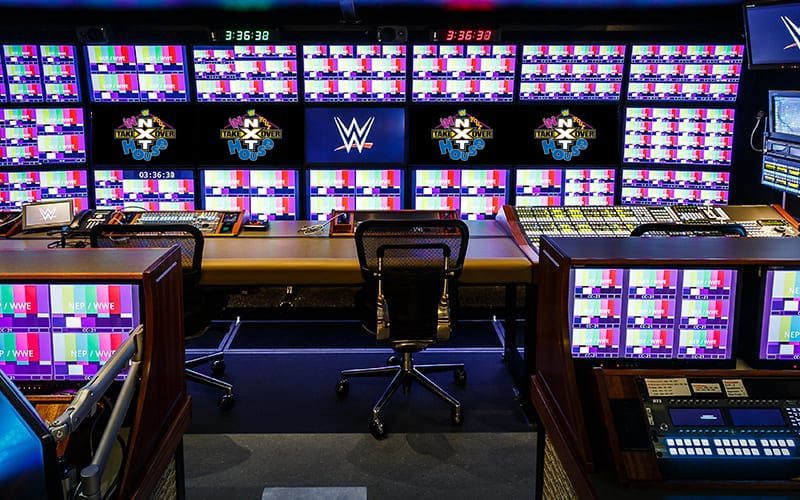 WWE has a very busy day today. They are not only running NXT TakeOver: In Your House live from Full Sail Arena, but they are also taping Backlash at the WWE Performance Center.

Fightful reports that the NXT Superstar crowd had a call time set for 8:30 AM this morning. Their job all day is to watch wrestling and act really excited about it.

It will be a long night because after they tape the Backlash pay-per-view, those Superstars are needed for even more hyped-up cheering during TakeOver: In Your House.

NXT In Your House, however, is set to be live. When the filming for Backlash wraps up, the recruits will be taken to Full Sail University, where they will appear on the live WWE NXT In Your House this evening.

The recruits had a call time at 8:30 AM, and were told to expect to be working until midnight.

Every match for NXT TakeOver: In Your House will be live except for the Adam Cole and Velveteen Dream backlot brawl match. That contest was filmed last week and upset some NXT Superstars because they didn’t get started until around midnight due to weather.

Ringside News exclusively how the WWE NXT Superstars were “spoken to like circus animals.” Hopefully, WWE doesn’t wear them out too much. They will also be needed to record for RAW and SmackDown next week.