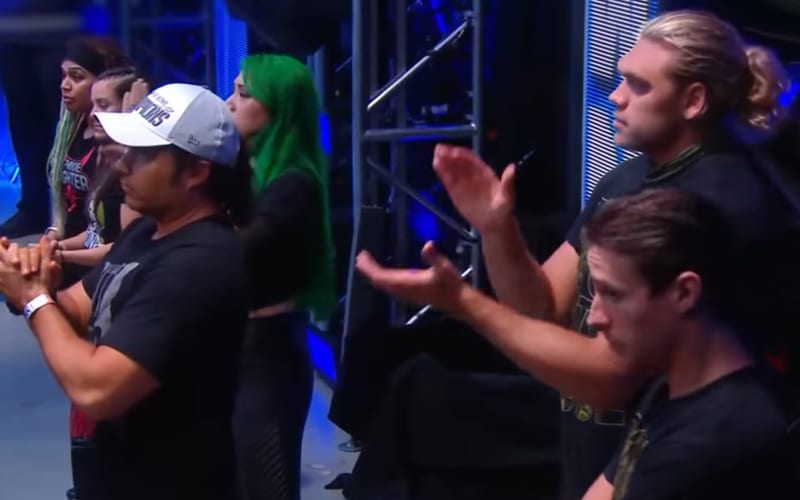 WWE used NXT Superstars as their live crowd, but it wasn’t easy for them to pull off. Those Superstars had to stand for a majority of the day for three straight days. They got chairs to sit on during match breaks, but they were on their feet for much of the ten-hour shoot.

Fightful reports that some NXT wrestlers aren’t happy right now. After three straight days with around ten hours on their feet they were asked to wait even longer.

It was reported that WWE Performance Center recruits were called back for Adam Cole’s NXT Title defense against Velveteen Dream. Once they arrived at around 7 they found themselves in the middle of a downpour. Then the outdoor match had to be delayed.

They didn’t get around to actually shooting the match until around midnight. It was noted that they were “upset” about this issue.

When Performance Center recruits were called upon for the Velveteen Dream vs. Adam Cole match. The recruits were asked to show up at 7, but the downpour in the area kept delaying things. As it turns out, most were waiting around until midnight before they actually filmed the In Your House match

Adam Cole vs Velveteen Dream will air as part of NXT TakeOver: In Your House on June 7th. They did a special match set-up where cars surrounded a ring outside. Obviously, the weather had other plans.