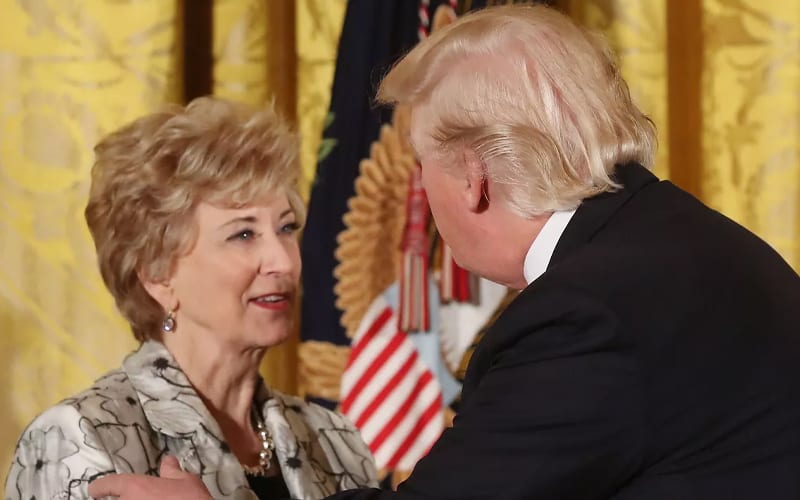 Linda McMahon worked for the Donald Trump administration as head of the small business office, but then she left that position. She now runs a Super PAC which promised millions to Florida on the day they decided that WWE is an essential business.

Linda McMahon recently tweeted out to praise Trump and his administration’s performance. She worded the tweet to congratulate them on “great employment numbers.”

Great employment numbers this morning @realDonaldTrump!! We will continue to see the Great American Comeback!

This tweet was not received very well at all. Some fans replied back in kayfabe wishing that Kane would have done her in years ago. Others reminded Linda McMahon that her husband’s company just slashed their workforce nearly in half.

The general idea behind a majority of these replies was that the overall message was not taken well. It was called “tone deaf” and people generally didn’t buy the idea that the current administration is doing “great” at all. You can check out some of the more popular replies below.