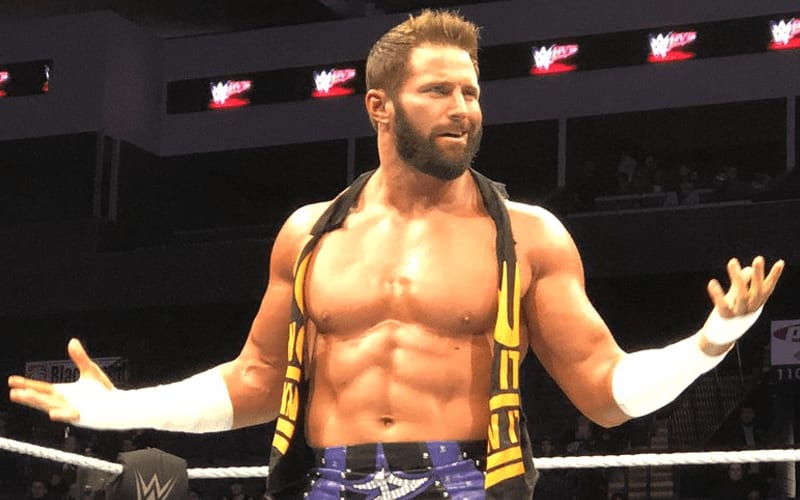 WWE is supposed to be like a family, and family sometimes loves to rib each other. Zack Ryder is well aware of that fact after spending around a decade and a half working for the company.

While speaking with Talk Is Jericho, the former Zack Ryder spoke about one time when he took an opportunity very seriously. He wanted to pitch a reunion of the Major Brothers and he needed all the help he could get.

Matt Cardona said that he wrote up a pitch for Vince McMahon, and he made it look professional. What didn’t help was all the teasing he got in the locker room over his gumption to get something approved by The Chairman.

“During that time, you know Hawkins, you think it’s bad losing every match, I didn’t have a match on RAW in a year,” Cardona noted. “I dress up in my suit and try to talk to Vince. One day, here’s a funny story. I went to him one week, and he’s like great ideas. Next week, bring it to me in writing. So the next week, I typed it up like it was a school project. I had the cover sheet and everything. I’m walking around the locker room, and people are making fun of me taking the picture of Zack Ryder pitches, but at that point, I was doing whatever I could.”

“I’ve been up and down, up and down. I was hopeful that something would come around, and luckily, it was just this perfect storm. Hawkins on this losing streak [and] me doing nothing. People were like, ‘oh my God, these guys used to be partners.’ I think the podcast the Major Wrestling Figures podcast, I’m going to plug it right here, but I think it got it in people’s heads. So when I do the big big run-in to save Hawkins, it all made sense, and it was perfect timing.”

Things ended up working out for Zack Ryder and Curt Hawkins in that regard. They had a WrestleMania moment and a lot of people were happy for them. Sometimes it’s not about how long a championship reign lasts, but it’s about the ride that gets you there.