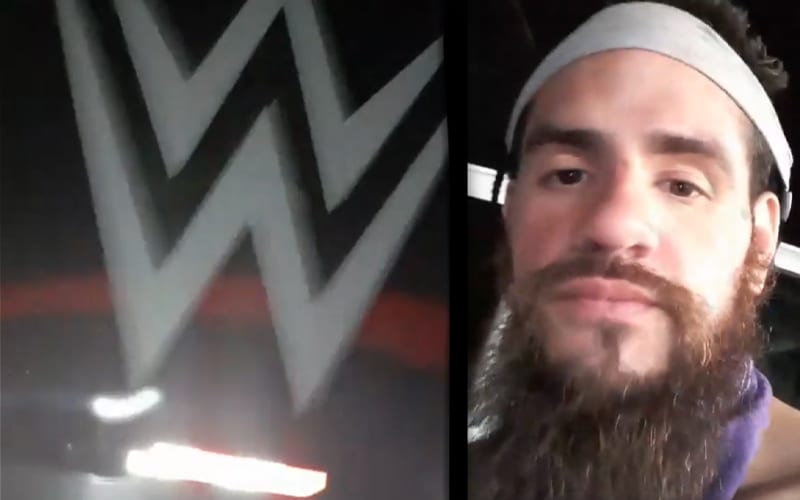 Armando Alejandro Montalvo was arrested yesterday on a few charges including battery of an officer. He was out by the next day and back on WWE property.

During SmackDown this week, Montalvo live streamed yet again on Facebook coming from WWE property. WWE is well aware of his live streaming. This is something that WWE’s attorney brought up in court the other day.

Montalvo ran around for 50 minutes and ranted to anyone who would listen to him. He challenged one man to fight as well. Someone took him up on his offer and said that he was going to “beat his ass.” Montalvo was confrontational and a bit upset, and he didn’t like being threatened. The comments in his live stream didn’t help matters much either.

Montalvo banged on the doors of WWE production trucks, but nobody was inside. The company taped this week’s episode of SmackDown last week. It didn’t stop Montalvo from trying.

You can check out the whole video below. He live streamed for almost an hour this time.