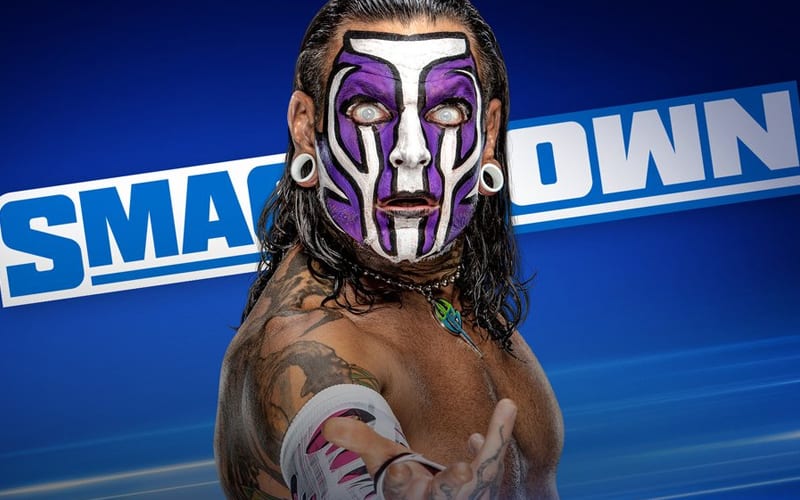 WWE Backlash is on June 14th and tonight’s episode of Friday Night SmackDown will be the second to last opportunity for the blue brand to build toward the next pay-per-view. Let’s see what they have in store.

Alexa Bliss and Nikki Cross will defend the WWE Women’s Tag Team Titles this week. Bliss Cross Applesauce are battling Sasha Banks and Bayley with the gold on the line.

Jeff Hardy is set to address the events of last week’s show. He was released from police custody last week after it was revealed that he wasn’t drunk at all.

The Miz and John Morrison have a WWE Universal Title match against The Monster Among Men scheduled for Backlash. We’ll have to see if the two taunt Braun Strowman further this week to give him a better reason for them to get those hands on June 14th.

Daniel Bryan and AJ Styles will come face-to-face this week. They are battling with the WWE Intercontinental Title on the line. That match will conclude the tournament that was started when Sami Zayn stopped coming to work.

You can check out the official preview from WWE below.