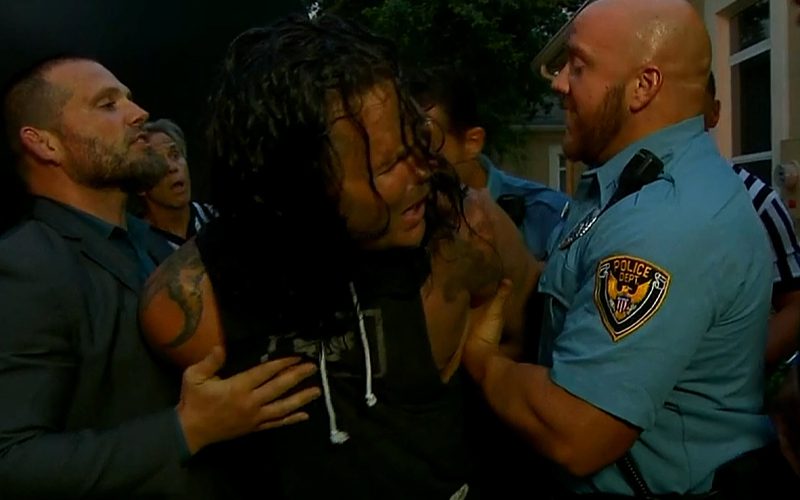 Jeff Hardy was involved in a rather controversial DUI angle to start off Friday Night SmackDown this week. Even his brother Matt Hardy and sister-in-law Queen Rebecca weren’t too happy about it. The entire situation was a complete misunderstanding after all.

It is stated that “Jeff Hardy was released from custody by the Orlando police after successfully passing the required sobriety tests.” It looks like this could have been an elaborate setup the whole time.

Elias was “dazed” after a car hit him so they took him to a local medical facility for a check-up. Hardy was released before SmackDown ended which is why he could pay Sheamus a visit at the end of the night.

wpDiscuz
30
0
Would love your thoughts, please comment.x
()
x
| Reply
Report this comment
You are going to send email to
Move Comment