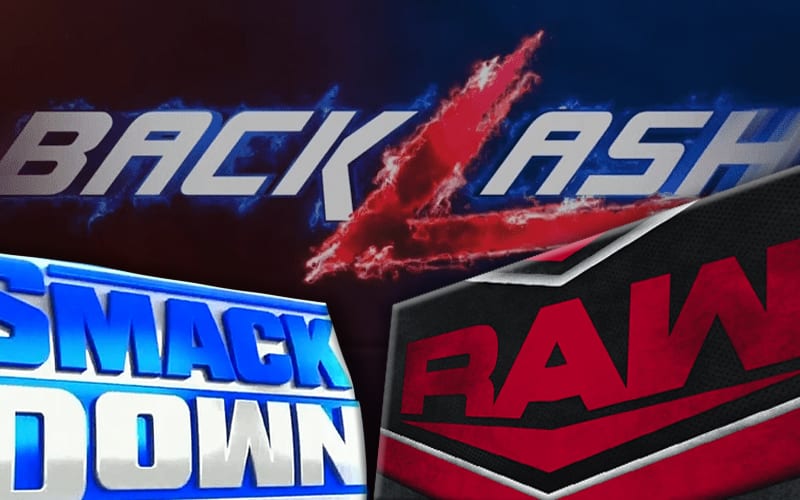 WWE’s next pay-per-view is Backlash on June 14th live on the WWE Network. The company has a lot in store for this year’s event.

WWE will film the post-Backlash episode of RAW and SmackDown before the pay-per-view this year according to Wrestling Inc. That was the same thing they did for WrestleMania this year.

NXT TakeOver: In Your House will reportedly be live as well. The Adam Cole vs Velveteen Dream match was already filmed. That match also upset their NXT crowd a little bit.

On Monday, June 8th, WWE will tape RAW and SmackDown for that week along with 205 Live and Main Event. June 9th will see WWE doing it all again with the same shows to air the following week.

WWE will then film two weeks’ worth of NXT television on Wednesday, June 10th.