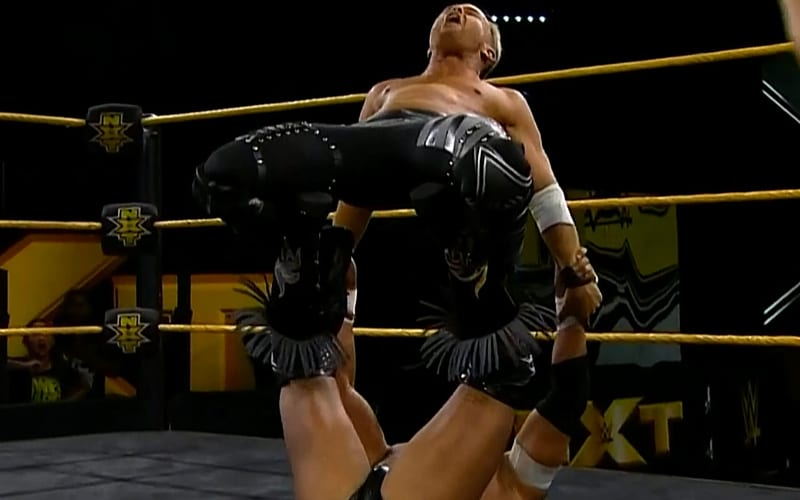 Drake Maverick was released from his WWE contract on April 15th. He was still permitted to compete in the NXT Cruiserweight Title Tournament since he was already booked. Few expected to see him in the finals, but that is exactly where he ended up against El Hijo del Fantasma.

Maverick took a ton of abuse from Fantasma, but he didn’t give up. Then Drake Maverick rallied with plenty of strikes in the corner. Maverick then hit a bulldog to shift things in his favor.

There were “Fight Forever” chants from the NXT Superstar crowd as the two continued. They both fell from the top rope to the floor and then the two mysterious masked kidnappers came to the ring to mess with Fantasma.

Maverick hit a suicide dive on the masked men to save Fantasma. This was enough of a distraction for Fantasma to capitalize and win the match.

After the match was over, Triple H had a huge surprise for Drake Maverick. He came out and presented him with a new WWE contract.