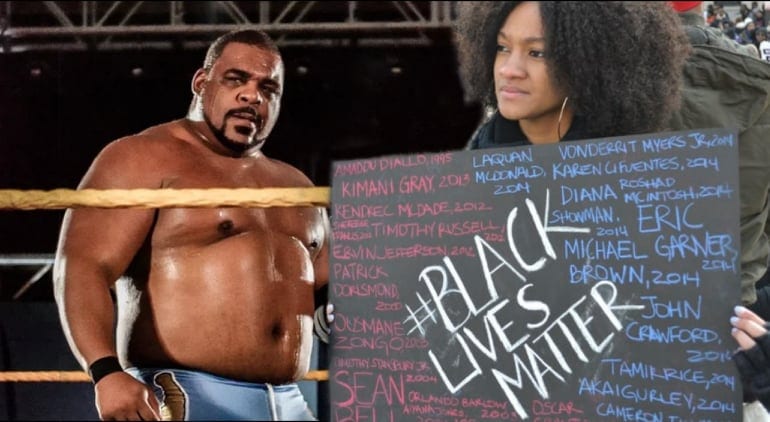 Keith Lee has come a long way in WWE. The current North American Champion has quickly become a favorite of the WWE Universe and the powers that be in the company.

Lee’s charismatic persona and his kind demeanor has earned the respect of his fellow locker-room members and also amongst his fans at large.

The current state of America is that of rebellion against racism and police brutality. After the death of George Floyd, a victim of police brutality, the African American community of the country has made their voices heard through protests, riots, and more.

Keith Lee, being an African American himself, took to his Instagram handle to open up about the current #BlackLivesMatter movement.

Lee said that he’s grateful for the fact that a lot of his friends, colleagues, and more finally “embracing” the #BlackLivesMatter movement. He said that even then there are many who have completely misunderstood the phrase.

He then went on to share instances from his past where he was stopped and interrogated by police for doing something as simple as taking a walk. However, he didn’t let those instances hinder his thinking and kept on having a broader mindset about things.

It has been quite heart warming seeing many of my peers, strangers, and friends embrace things such as #BlackLivesMatters recently. It is extremely sad to me that it has taken such extreme circumstances for that to come to fruition. And yet… There are still many who misunderstand the phrase. I am a person who has been stopped by police for going for a walk. Or….for going on a jog. Even simply stargazing at night (clear skies are not always available in the city). Even with those experiences, I never once considered the idea that “all cops are bad” because thoughts like that are just as narrow minded and short sighted as racism. As a guy that is firmly #ForHumanity, I believe #AllLivesMatter. Truly. Unfortunately….the people use that phrase often think #BlackLivesMatter mean only black lives matter. I think….my fellow humans…..that my friends, family, the people online….they just want black lives to ALSO matter. Nothing more. It is simple, but says so much. #BlackLivesMatterToo