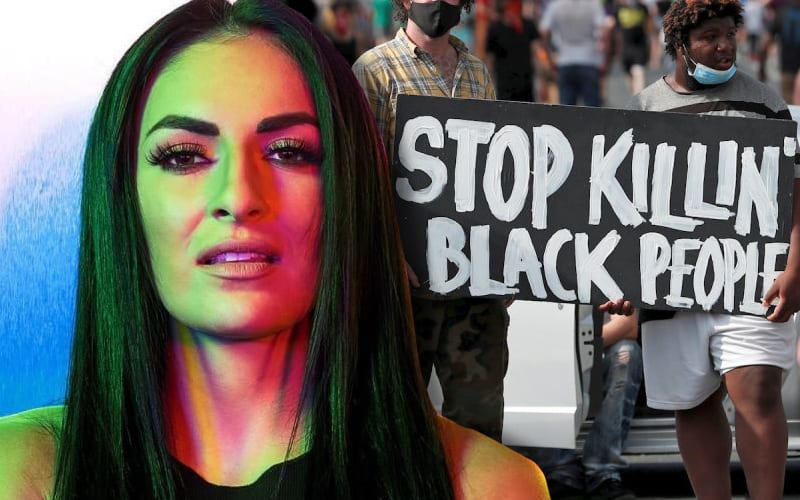 George Floyd’s death sparked a national conversation as protests started throughout the United States. Riots broke out as well and controversy ensued as people pointed fingers at others infiltrating the movement with their own agendas.

Sonya Deville posted a response to the current events sweeping America. She stated that it’s not a time to be neutral. It is time to stand up and step up. Deville went on to say that if you’re not bothered by the situation then you’re part of the problem.

Now is not the time to be neutral! Stand up, step up, talk to your friends and family members, donate, vote, create the change we want to see. If you are not bothered simply because you are not directly affected, then YOU are the issue. #BlackLivesMatter

Sonya Deville is not alone in this feeling. Others spoke about this situation and posted their own emotional responses. Ronda Rousey called for complete police reform starting from within. This is a time of frustration, but it could also open the door for a much happier time of change.