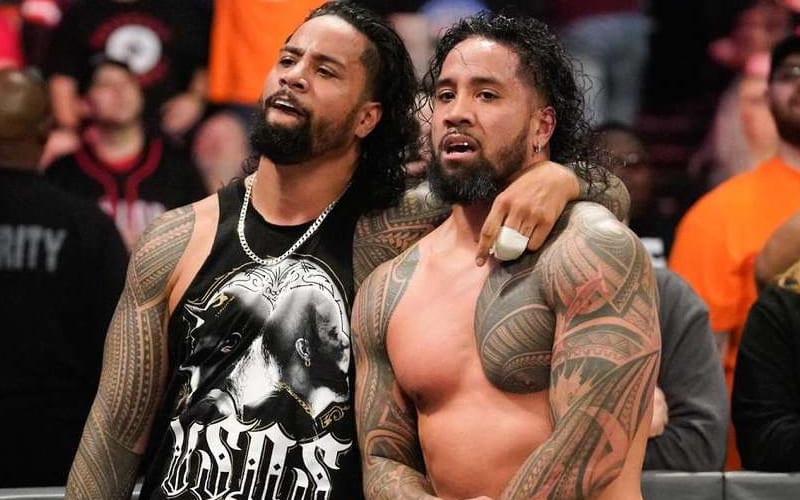 The nation is shocked after another heinous death at the hands of police in America. A man named George Floyd was pushed to the ground and an officer kept his knee on the back of his neck for minutes as Floyd begged him to stop. A short time later, George Floyd died due to injuries that resulted from his arrest. Floyd was being arrested around 8 PM on Monday for forgery.

Four Minneapolis police officers were fired and an FBI investigation has been launched. This recent event stirred up more racial tension and Jey Uso saw it all develop from home.

Jey Uso tweeted out an image as a reaction to this tragic event. He also included a heartfelt message about how his children will grow up in a very different world. Jey Uso realizes this fact and it “scared da f*ck outta” him.

Real talk, I never speak on these kind of situations, let alone post it. Ive had my run ins with police, SOME good, MOST bad….(my experience) but out of all this hate and racism we live in, THIS made me think of my KIDS!!! In America, MY KIDS WILL BE CONSIDERED BLACK!!!! When they are men, will they be facing this same struggle???? As a father, uncle…..it scared da F*k outta me!!!! #REALSH*T #2middlefingersUP #GeorgeFloyd

The world is changing at a rapid rate, and sometimes it’s not for the best. George Floyd’s death was senseless and many are upset about the event. Jey Uso is paying very close attention to this story because it might change how he tells his children about the world they live in.