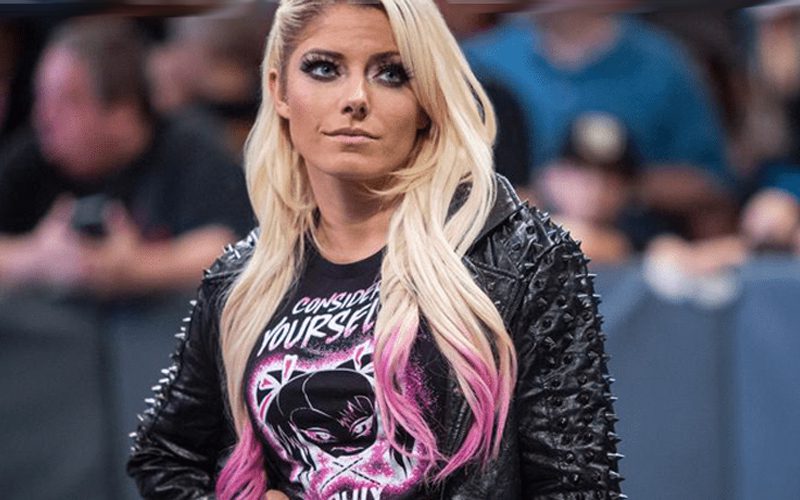 Alexa Bliss is going strong with Nikki Cross as WWE Women’s Tag Team Champions. They are loved as a tag team backstage and everything is going great for her career. There was a much darker time not too long ago when there was concern Bliss might never wrestle again.

Bliss grew up in athletics from track to gymnastics to kickboxing. She is no stranger to the risks associated with physical activities. “If we got injured in all star cheer or gymnastics, we just wrapped it up and kept going,” Bliss revealed to BT Sport.

She went on to discuss how a string of concussions caused huge doubt about her future in WWE.

“Being in the company for seven years and then having this one particular stint of time where it was just back to back concussions. It was very scary because I didn’t know if I was gonna be able to get back in the ring again because we had a lot of WWE Superstars have to retire from that and I didn’t want to be one of those, but with concussions it’s such a dangerous thing because it could take a week to heal, or it could take a year because you can’t just wrap up a brain in a cast and hope it heals.”

It worried Bliss because she experienced very bad vertigo even when other concussion symptoms were gone. Any time she changed her height level she would get “very dizzy and it didn’t go away for a really long time.”

WWE has a very strict concussion protocol that kept Alexa Bliss from even getting over their first step due to her vertigo. It was frustrating, but they were still able to keep her on television in a backstage capacity.

The company sent Bliss to every concussion doctor they could. It was quite a process, but it all paid off.

Thankfully, Alexa Bliss was able to heal up and get back in the ring. The fear of having another concussion has to always be around because it caused such a huge problem for her career already.