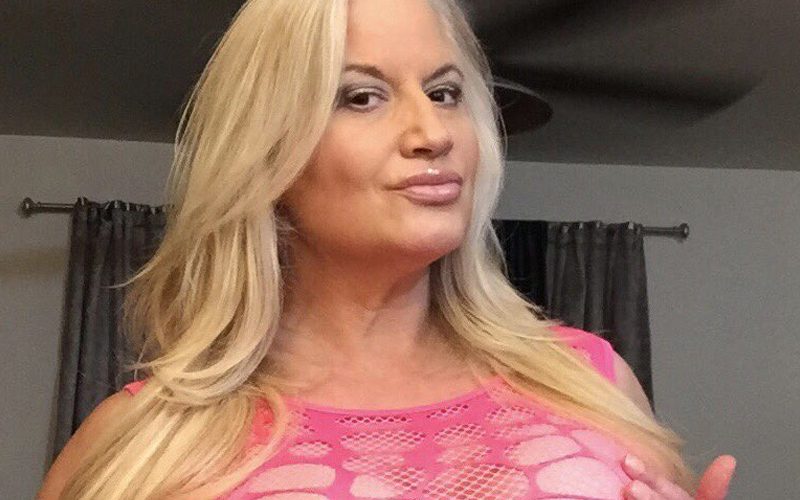 Sunny has made a lot of interesting decisions throughout her WWE Hall Of Fame career. Some of those choices landed her behind bars for nearly a year.

Not three months out of the slammer and Sunny is pulling in over six figures with her Only Fans account. She has a ton of support from fans of her NSFW activities. Some aren’t overly excited for her as one fan put it:

I am a fan of @WWEHOFerSunny ever since ECW and that’s the reason I follow her, but this perversion she has lowered herself for is sad to see. I’m not against the adult industry as a whole, just disappointed one of my idols is sinking this low.

Sunny fired back at this fan with a tweet bragging about how much money she’s pulling in. This is a popular go-to for her nowadays. She obviously doesn’t have time to listen to any detractors.

“Sinking this low? How does 93K in 5 weeks sound to you? Better than what you’re doing, huh?”

Then this fan replied to let Sunny know that he had a stroke that nearly killed him. He’s now paralyzed from the stroke as well. He doesn’t have money, but he doesn’t need to buy respect or happiness.

I’m happy with my life @WWEHOFerSunny I survived a stroke that almost killed me. I’m paralyzed from it. Do I have money? No…but money doesn’t buy respect and happiness. I meant no disrespect, just stating my opinion as a fan.

Sunny replied to this fan by blocking him.

It looks like there are some battles even Sunny doesn’t want to take on.