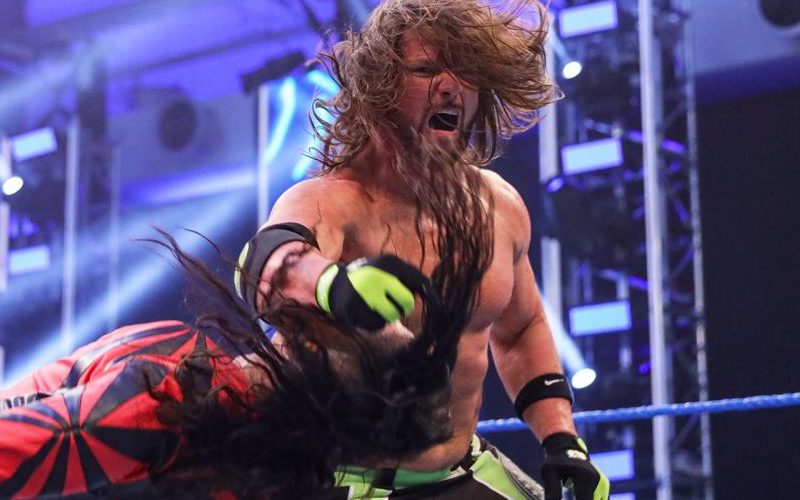 AJ Styles is one step closer to becoming the new WWE Intercontinental Champion, but his trade over to the blue brand was a last-minute decision.

Ringside News exclusively reported that Styles’ trade was made in the 11th hour. Michael Cole had to record those extra audio drop-ins from his home studio. “Future Considerations” was the verbiage used to explain who will be traded for Styles, but what does that mean?

It is a “confusing time in WWE, to say the least,” Ringside News was told by a source in the company. At this time there is no word on what “Future Considerations” Vince McMahon has in mind.

We were additionally told that there was no word from Bruce Prichard or Ed Koskey on why Styles was moved over. There is “no word on what the future consideration or considerations will be”

This “Future Considerations” line isn’t new. WWE has used it before to get out of explaining why someone jumped from one brand to another. The idea could be that fans generally forget about little reasons like that so they just move on, others don’t forget.

It is also very interesting that Matt Riddle is being called up to the blue brand as well. That means two big additions to the FOX show with somewhat dwindling pandemic ratings.