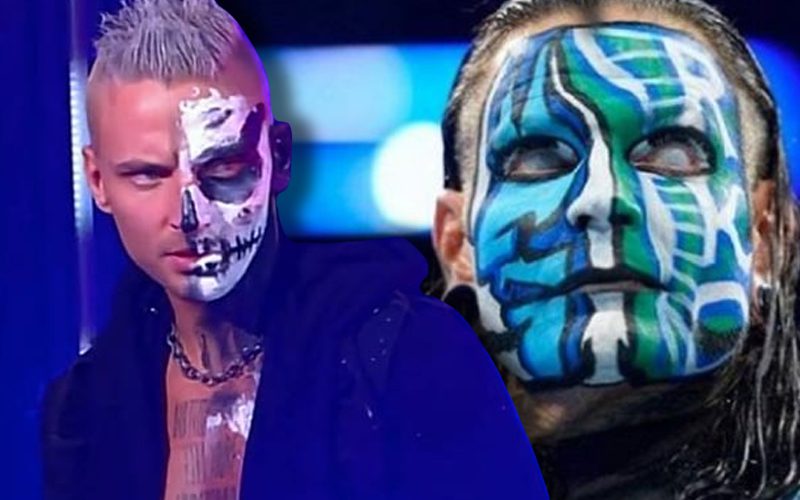 AEW has many stars with a ton of potential. Darby Allin has been compared to Sting and Jeff Hardy in the past. Matt Hardy spent a lot of time with Jeff Hardy throughout his life and even he can see the similarities.

While speaking to Wrestling Inc, Matt Hardy stated that he can see the resemblance to Jeff Hardy even in the way Allin is off-camera. They have the same kind of attitude and their daredevil ring style also draw comparisons.

“I do see that and Jericho actually said that to me early on before I went to AEW,” revealed Hardy. “After meeting Darby and speaking to him off camera, he has so many qualities that my brother has. He really has the spirit of, ‘Hey, this is who I am. If you like me, that’s cool. If not, I don’t give a sh*t.’ He’s carefree in that mentality and is a cool cat that doesn’t get shook. He very much reminds me of a young Jeff Hardy.”

Darby Allin is only 27 years old. He came very close to attaining an AEW World Title match at Double Or Nothing as he scaled the ladder toward the poker chip. It might only be a matter of time before Darby Allin gets another opportunity at a top prize in AEW. Starting off in AEW with comparisons to Sting and Jeff Hardy is certainly a great way to go about things.