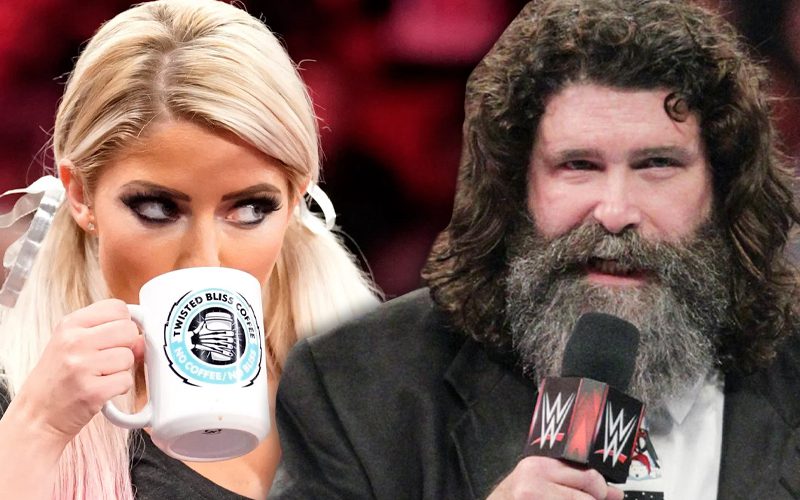 Alexa Bliss is 1/2 of the WWE Women’s Tag Team Champions, but she’s not JD From New York’s cup of tea. He made a comment about her in-ring ability recently that brought the ire of a lot of people. Mick Foley wanted to make sure that JD knew he didn’t approve.

The HOG Wrestling announcer revealed that Mrs. Foley’s Baby Boy followed him on Twitter so he could send him a DM that said: “That was a stupid thing to say.” Then Foley blocked JD.

Mick Foley probably wanted to keep his statement on the matter private. JD From New York had no issue putting out a screenshot of the direct message on Twitter to let his 30.8k followers see what the Mickster had to say.

Mick Foley went out his way to follow me, send me this DM, and then blocked me. Geez, thanks Mick. I’m glad I was able to be a part of your day this fine Memorial Day. Blown out of proportion much? @RealMickFoley. Was this really really necessary?

JD previously released a long statement on the entire controversy. He is sticking by his statement. He stated that Alexa Bliss is playing the victim and riling up social justice warriors in the process.