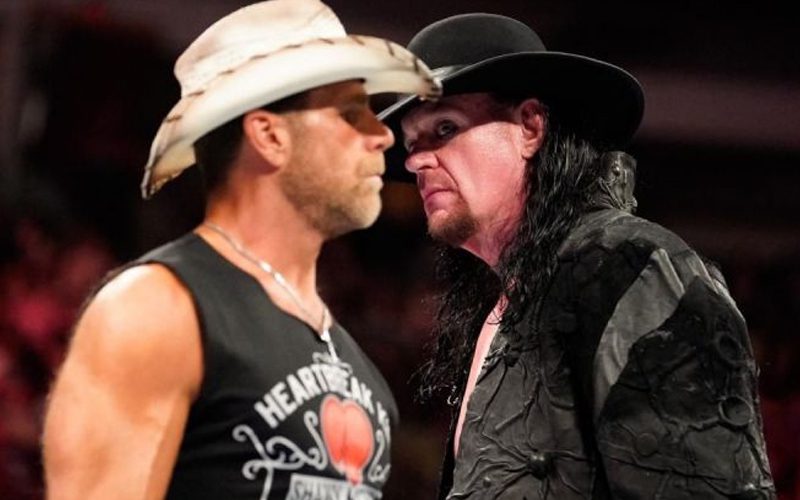 The Undertaker’s legendary career is still going. He could be gearing up for his final match, but right now the Last Ride docuseries is painting the picture of what’s to come.

Shawn Michaels and The Undertaker had famous battles in the ring, but they were not close outside of it. Years later, The Deadman wishes he would have been able to hang up his boots like HBK did.

During the latest episode of The Undertaker Last Ride, The Phenom opened up about Shawn Michaels’ retirement. He wishes that he could have gone out like The Showstopper, and years later he is envious of that.

If The Undertaker has one more match in him, it might be at SummerSlam. Vince McMahon is set on having fans inside the venue for their August pay-per-view. The Undertaker’s retirement match could be why.

We’ll have to see what’s to come for The Undertaker. It seems that there is unfinished business with AJ Styles. If The Deadman is preparing for his final match then he might have an even bigger exit than Shawn Michaels.

HBK didn’t get a five-part docuseries as part of his send-off.