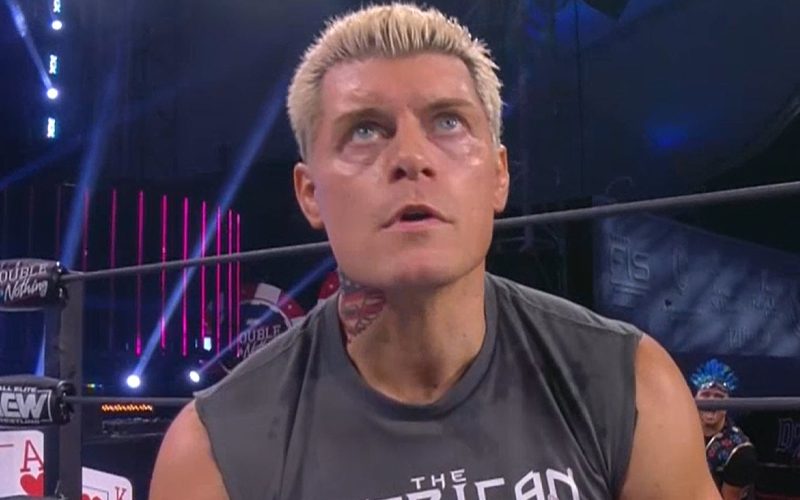 Cody Rhodes is happy and proud to be a part of AEW, but he has a lot of experience “elsewhere.” He doesn’t want AEW’s backstage environment to be similar to WWE.

While speaking in a virtual media scrum following AEW Double Or Nothing, Cody Rhodes brought up the backstage atmosphere in All Elite Wrestling. He told Tony Khan when first starting the venture that he didn’t want to talk like truck drivers to each other like they do “elsewhere.”

Rhodes stated that Khan has instilled a family environment which sets AEW apart from any other pro wrestling company on the planet.

“Elsewhere I noticed that there’s this disconnect between production and talent. They talk like truck drivers to each other and there’s a lack of like family. One of the first things I told Tony — and Tony’s an absolutely wonderful boss who’s instilled it — is that can’t be that way here. We gotta know each other, we gotta know how to speak to each other. we gotta help each other tell stories in the ring. Man, no place in the world does it like AEW in terms of the symbiotic nature between production and talent.”

Cody Rhodes said he’s very proud of the talent, but also for the production crew. He said Double Or Nothing was a show you can’t forget and credited everyone involved.

Meanwhile, we exclusively reported how Vince McMahon has been especially scary at WWE’s recent television tapings.

AEW and WWE might be in the sports entertainment genre, but it sounds like they have a totally different way of going about things backstage.