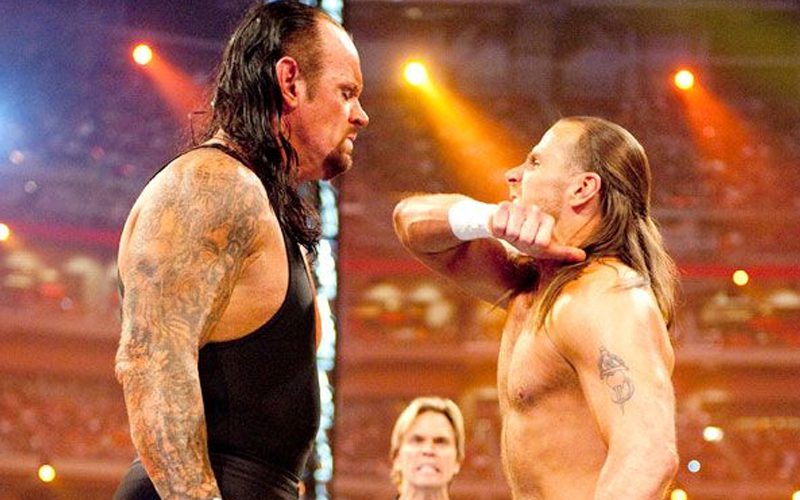 The Undertaker and Shawn Michaels went through plenty of fantastic battles in the ring. The friction between them didn’t stop when their matches were over.

While speaking to ESPN, Shawn Michaels opened up about his early relationship with The Undertaker. They had classic matches in the ring, but couldn’t get along outside of the squared circle.

HBK admits that they didn’t like each other back then because they were coming from such different places. It was still frustrating that the two didn’t get along at all, but they could produce such magic bell-to-bell.

“I think in some ways, when we were younger, we were frustrated because we had so much unbelievable natural chemistry in the ring with each other, and had zero of it outside the ring,” Michaels said. “At the time, I was an extremely difficult person. He was less so. There was clearly never any real trouble between the two of us. We just did not care for one another because we were so different. He clearly didn’t like me based on who I was and my reputation. And I didn’t like him based on who he was.”

Decades later, Shawn Michaels and The Undertaker don’t hold that same resentment toward each other. They are both very different people as well.

Shawn Michaels’ final match to date did find The Undertaker in the opposing corner as DX lost to the Brothers Of Destruction at WWE Crown Jewel in Saudi Arabia.