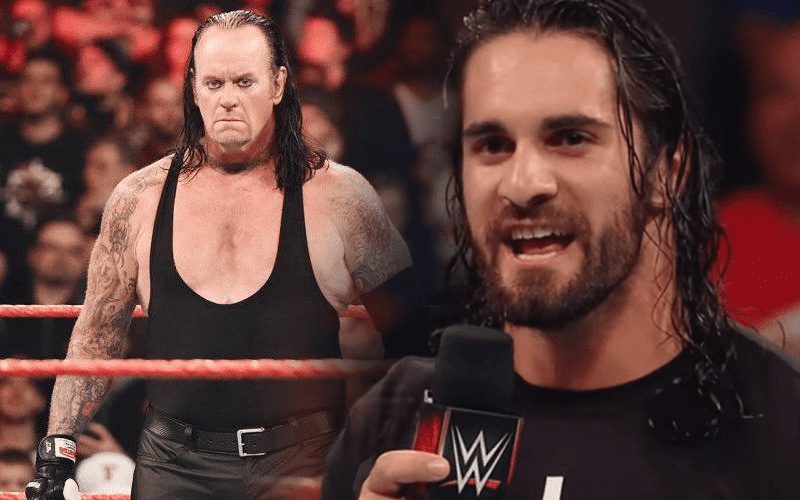 The Undertaker’s Last Ride docuseries is currently running on the WWE Network. Many fans are captivated by getting to know the man behind The Deadman persona. This is a side of himself that he kept hidden for decades. There’s a reason why he is making this transition if you ask Seth Rollins.

After The Bell recently had the Monday Night Messiah on as a guest. He stated that The Undertaker’s character doesn’t work with today’s fans. The supernatural influences behind the gimmick isn’t believable with today’s fans. Someone like Bray Wyatt gets an exception, but even someone like The Fiend doesn’t take it to the otherworldly lengths that The Undertaker once did.

Seth Rollins went on to explain that the Last Ride docuseries will eventually transition The Undertaker into the next phase of his career where he is Mark Calaway.

“The smart thing about this with Taker is, he did it at the right time in his career. 12-year-old you, if you had seen The Last Ride, it would have ruined everything. But we didn’t have that and he wasn’t in the prime of his career.”

“His character doesn’t work today. There are some weird exceptions, Bray Wyatt comes to mind from an ultra-character perspective who sort of slides by a little bit or gets a pass. The Undertaker character is so supernatural, so now that he’s at this point in his life where he is comfortable transitioning out of the character and into Mark Calaway, it makes it okay for me to watch it and see him being a human being.”

“In the long run, I think it will help him transition into being himself and retirement and whatever the next phase of The Undertaker looks like.”

“He did it cleverly. It wasn’t, one day he’s The Deadman; the next day, here’s The Last Ride. He used the story with AJ Styles to lead him into this place where he’s at and he can be The Undertaker on social media too.”

The Undertaker could be gearing up for his final match. AJ Styles seems ready to take on The Deadman because he keeps taking shots at The Phenom.

We’ll have to see where The Undertaker’s next career transition takes him. He signed a WWE contract that won’t expire for another 15 years so he’s likely going to keep popping up.