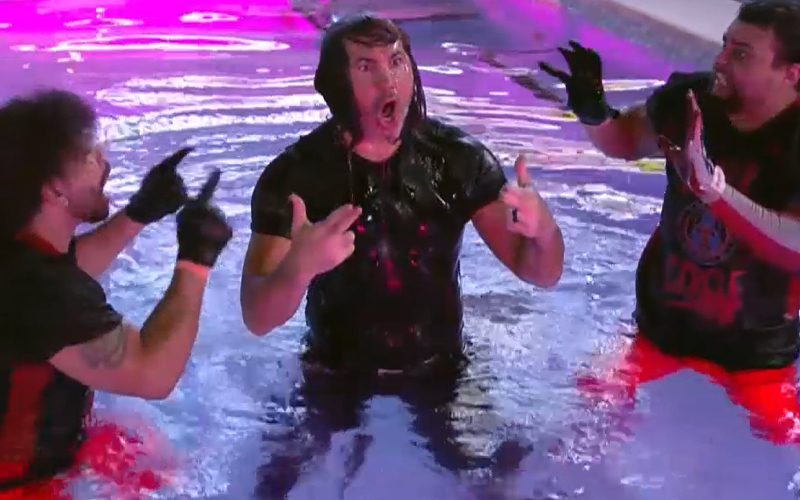 Stadium Stampede was always going to be a pretty unique match, and when the dust settled on Double or Nothing last night, it’s safe to say that the end product was pretty polarizing.

In addition to throwing a whole lot of football references into the mix, Inner Circle and The Elite generally tried to test the waters with different techniques – and we mean that in a literal sense.

One of the most controversial, and talked about, moments of the match came when Matt Hardy was “drowned” in a pool at the top of the stadium.

When I learned there were pools in the Stadium, I knew stocking them with the magical waters of The Lake of Reincarnation would be…

Due to the death of Shad Gaspard that was confirmed earlier this week, some fans voiced their outrage that AEW would feature a spot in the match involving drowning.

It certainly didn’t come across as a malicious move, but in equal measure, those defending All Elite Wrestling need to understand that it was a bit shortsighted of them to include this.