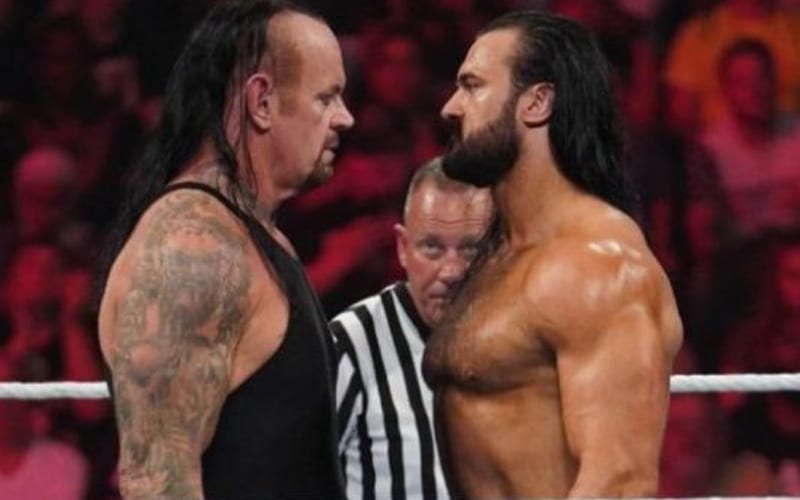 The Undertaker faced some of the biggest names in pro wrestling history at WrestleMania. He almost had a match against Drew McIntyre as well, but things obviously didn’t come together.

While speaking to BT Sport, Drew McIntyre revealed that he was slated to face The Undertaker at WrestleMania 26. It didn’t work out, but he was told by Vince McMahon to follow the Deadman as his mentor with an eventual WrestleMania payoff.

“When I was 24 I was told by Vince McMahon, ‘you don’t listen to anybody but the Undertaker, he’s going to be your mentor and whenever you’ve got a question you go straight to him’. And the inevitable goal was to have a big match between him and I. Unfortunately I wasn’t ready at the time, things worked out the way they worked out, and I believe it led to, instead of myself and Undertaker, Shawn Michaels and Undertaker, the retirement match. It was obviously a phenomenal match and I could not have delivered on that level at the time.”

The Undertaker and Drew McIntyre never had that big WrestleMania match, but it would have been interesting. Both Superstars had their own path in WWE. Drew McIntyre still learned plenty by being around The Undertaker even if they never met at the show of shows.