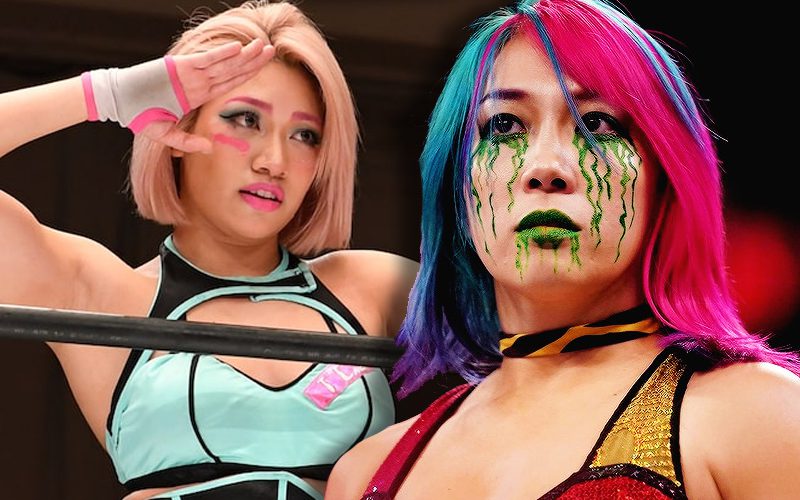 Hana Kimura died at 22 years old after an apparent suicide due to cyber bullying. This was a very sad story and it hit a lot of people very hard, especially her family in the Japanese wrestling scene.

Asuka is in WWE now, but she remembers Kimura when she was younger. This news was incredibly difficult for Asuka as she tweeted out how she remembers Hana Kimura coming to wrestling matches with her grandmother.

I don’t know where to put this sad feeling and I can’t find the words to say … I remember when Hana was still a little girl, she always came to the venue with her grandmother.

Asuka sent out a second tweet discussing some of the same hateful comments she has received herself. This is something that everyone apparently deals with from fans, but not enough people are talking about it. In Hana Kimura’s situation, it was unbelievably tragic.

I got a lot of emails every day for several years before I moved to the US, telling me not to die, break female wrestling, leave this industry. And today, I was wondering if you couldn’t make a comment even though other players are making comments. I’m too keen on my sense of justice and I don’t realize that I’m the same. This is scary.

New information on the reason for this cyber bullying attack is even more troubling. It stems from something Kimura did on a Japanese Netflix show that enraged fans.

This is a scary time for a lot of people, especially those who don’t have the support system they need. Hana Kimura’s situation would have been avoided and it should be a horrible reminder of how far things can go.