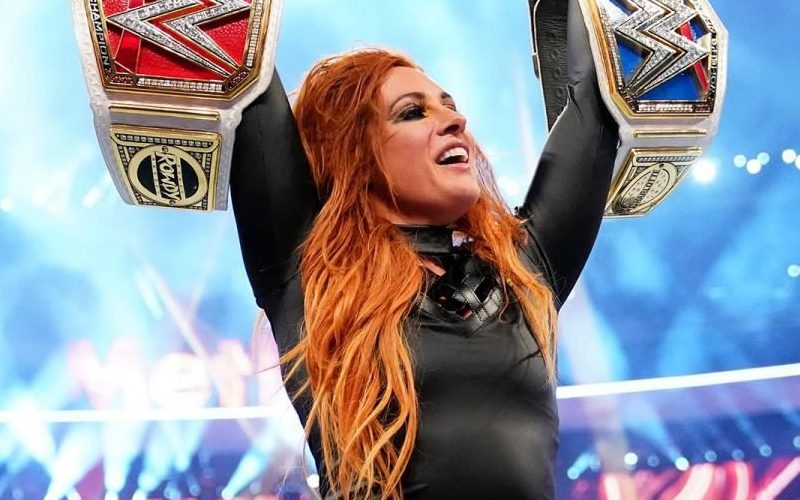 Becky Lynch had to leave WWE for a while. She didn’t say when she will be back, but fans can still celebrate her career so far.

The company didn’t waste any time putting out “The Mom” t-shirts. Lynch commented that she needs to pay for formula so fans should jump on that merchandise. WWE isn’t done putting out the commemorative Becky Lynch items.

WWE released a new plaque for Becky Lynch to celebrate her career. They included a piece of ring mat from WrestleMania with it too, but not from this year’s show of shows.

This limited edition Becky Lynch plaque “contains a piece of used ring canvas from WrestleMania 35.” The 35th WrestleMania isn’t the most recent, but it is the event where The Man became Becky Two Belts.

It’s interesting that they still had a ring mat around from WrestleMania 35. WWE has a warehouse for a reason so they don’t have to throw much away.