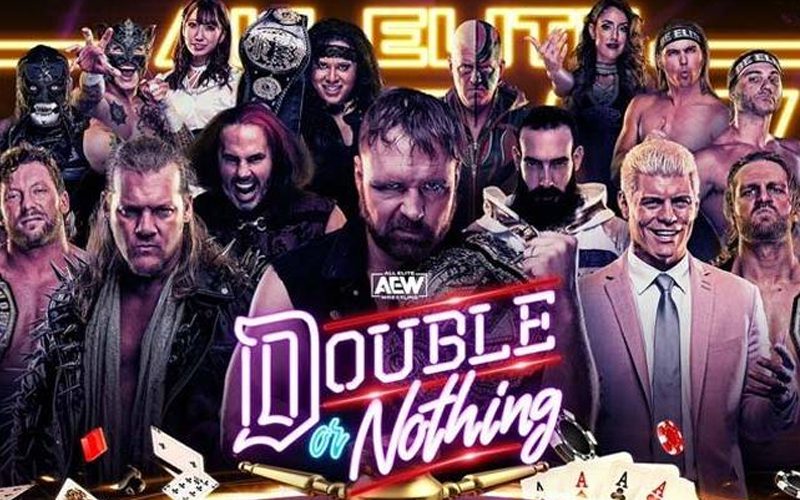 AEW Double Or Nothing is this Saturday, but they are taping one big match early.

The Stadium Stampede match should be a very interesting contest. The Elite will square off against The Inner Circle. AEW is filming the match today as Bryan Alvarez revealed on Friday’s edition of Wrestling Observer Live.

This opens All Elite Wrestling up for a lot of potential hijinks. They could have a huge stunt planned that which requires special editing to pull off. You also never know what Broken Matt Hardy can do in an empty TIAA Stadium. He might just replicate himself 5,000 times to mess with Chris Jericho.

Double Or Nothing certainly just got much more interesting.