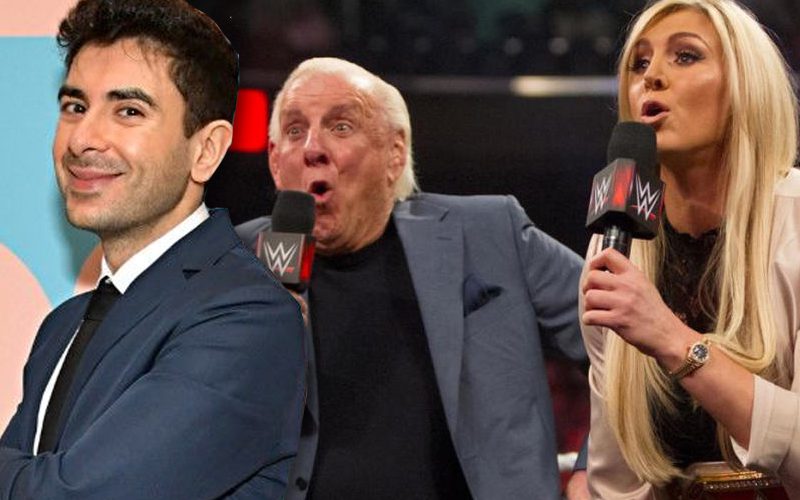 Ric Flair signed a new WWE Contract this week. It would have been signed much sooner, but he revealed that the coronavirus held up the process a bit.

While speaking to Wrestling Inc, The Nature Boy also revealed what Tony Khan told him about AEW offering him a deal. Ric Flair wasn’t going to get an AEW offer, nor was Khan going to give him one.

The AEW President apparently told Ric Flair that AEW is very aware of how close Ric Flair is with WWE. This caused Tony Khan to not even make an offer.

“Well it’s not for life but I hope they keep renewing me [laughs]. You never know but I’m obviously not gonna go anywhere else if they didn’t renew me. Tony [Khan] told me that he wouldn’t even ask me to come to work there because he knows how tight I am with [WWE]. Our friendship is one thing but he respects my loyalty to the company.”

“That’s how much respect [Khan] has for me and my relationship with the company which speaks volumes to what kind of guy Tony is. The same would apply to my daughter and WWE.”

It is very interesting that Ric Flair included his daughter Charlotte Flair in the conversation. Tony Khan very well could have brought Charlotte into this promise.

Ric Flair didn’t sign a lifetime deal with WWE, but he hopes to sign as many extensions he needs to in order to stay under contract. AEW might be an option for Ric Flair’s old friend and rival Sting, but All Elite Wrestling isn’t going to be offering The Nature Boy any deals.