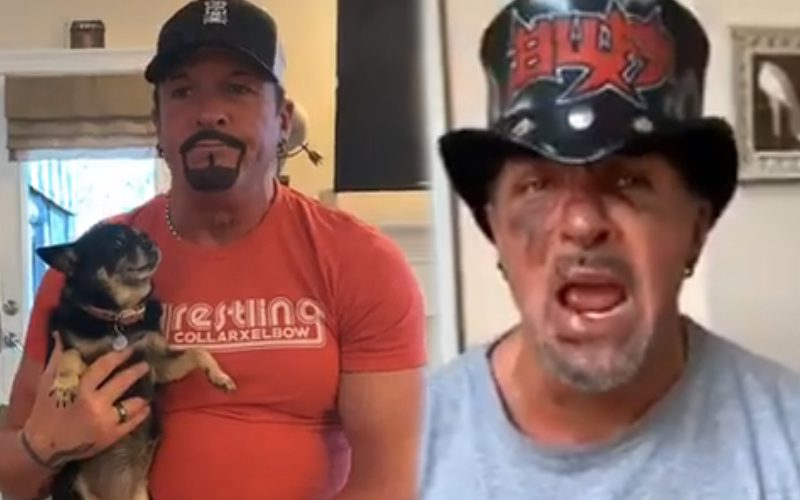 Buff Bagwell concerned a lot of fans when he dropped a Cameo video looking like he was Shawn Michaels after pissing off a gang of Marines. His face was busted up and he looked to be in rough shape. His spirits were up, but his face didn’t show it. Now Buff is explaining himself.

Bagwell started out a Facebook video by explaining that Marcus Bagwell got heat again. The video didn’t spark so much heat, but it did worry some that Buff Bagwell was in a bad situation.

Bagwell stated that he rushed and did those Cameo videos. He was a little drunk which he copped to. His girlfriend, who he joked about choking in the video, didn’t think it was a good idea that he record the videos. He still did it, because he was obviously feeling his performance at the time.

Then Buff Bagwell addressed why his face was so mangled. He claims that he tripped over his dog. This caused him to hit his face on the pavement. He brought the dog up to show us the culprit, and it’s just a little girl. It turns out even the smallest dog can cause big Buff Bagwell to take a tumble.

Bagwell stated that he is a fast healer because he thought he broke his nose at the time. Buff apologized to fans for getting people worried. He also thanked them for the support.

It seems like this was a big misunderstanding and the dog is to blame for the former WCW star’s busted appearance. We wonder if this helped his Cameo account any as well.