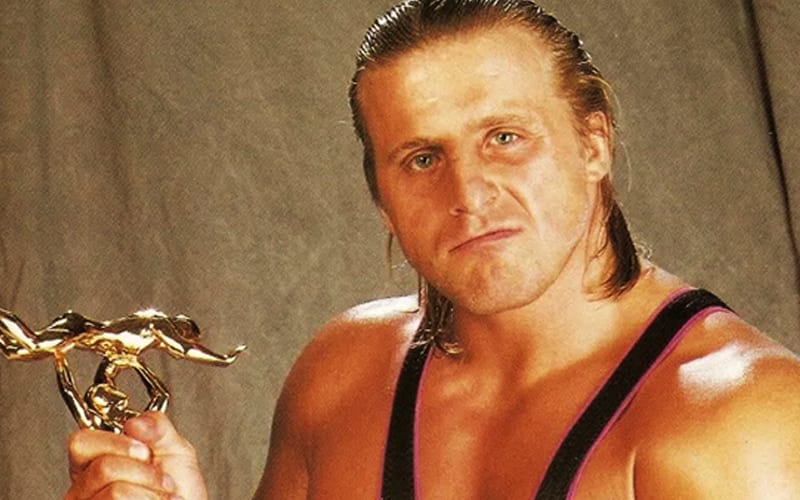 Owen Hart tragically died on May 23rd at WWE Over The Edge in 1999. The second season of Vice’s Dark Side Of The Ring will provide an in-depth look at that story. A lot of fans don’t realize that the fatal stunt could have taken two lives that day.

During Wrestling Observer Radio, Dave Meltzer discussed one idea WWE had for Owen Hart’s tragic angle that would have made the situation more heartbreaking. They wanted Owen to ride down from the ceiling with Max Mini in tow.

“Originally they wanted Max Mini, the midget, the mini — they wanted Owen to be carrying him at the same time, but he said no. He was like ‘No way.'”

“Owen wanted to say no, but he had turned down so many angles that he felt ‘if I say no one more time they’re just going to bury me.’ I don’t think they would ever fire him because he was too talented to fire for turning down an angle. [WWE] wouldn’t have been happy and they would have gone, ‘Ah this guy doesn’t want to do business.'”

Owen Hart agreed to do the stunt and nothing went right. WWE didn’t have the proper precautions in place and they were using the completely wrong setup to accomplish the feat. Sadly, Owen Hart never had another chance to turn down an angle, but Max Mini certainly did.