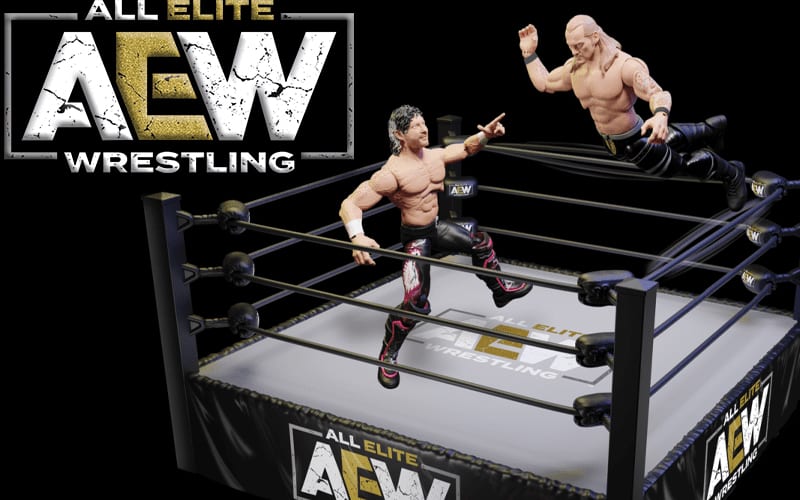 AEW is releasing a line of action figures and they’ll be here before fans know it. All Elite Wrestling got started on establishing a lot of merchandise quickly and getting an action figure deal is quite a feat. The first line of 6 figures is coming soon.

The Young Bucks, Cody Rhodes, Chris Jericho, Brandi Rhodes, and Kenny Omega will be included in this upcoming line. Cody Rhodes revealed that the action figures are now on sale for preorder at Ringside Collectibles.

MFJ and others have action figures in the pipeline, but The Salt Of The Earth isn’t in the first line. Click here to watch MJF’s reaction to his first action figure.

Fans can preorder the entire first line for $144. The figures will drop in August, but they might be very hard to find.

You can find more information by clicking the link below.