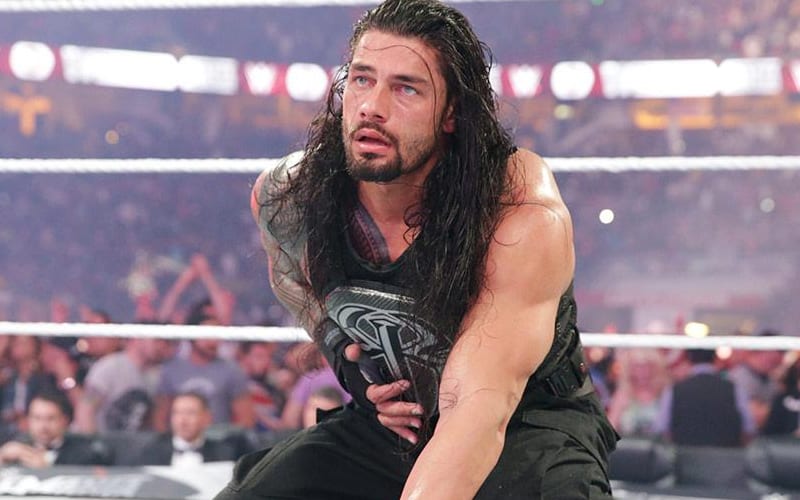 Roman Reigns didn’t work at WrestleMania 36. He showed up, but he decided against working the match against Goldberg. Braun Strowman took his spot, and Reigns hasn’t been heard from since.

Vince McMahon sent down orders to remove Roman Reigns’ name from all conversations. He hasn’t been mentioned at all on Raw and now he’s getting nixed from footage.

WrestleMania 31 ended with Seth Rollins cashing in the Money In The Bank briefcase. Roman Reigns was in that match, but you wouldn’t know it by watching Raw this week. WWE edited Reigns out of the clip that they showed tonight.

You can watch the proof for yourself in the clip below. This was a very interesting editing decision.

What do you think is going on with Roman Reigns and WWE? Will we ever see the Big Dog again? Sound off in the comments below!!