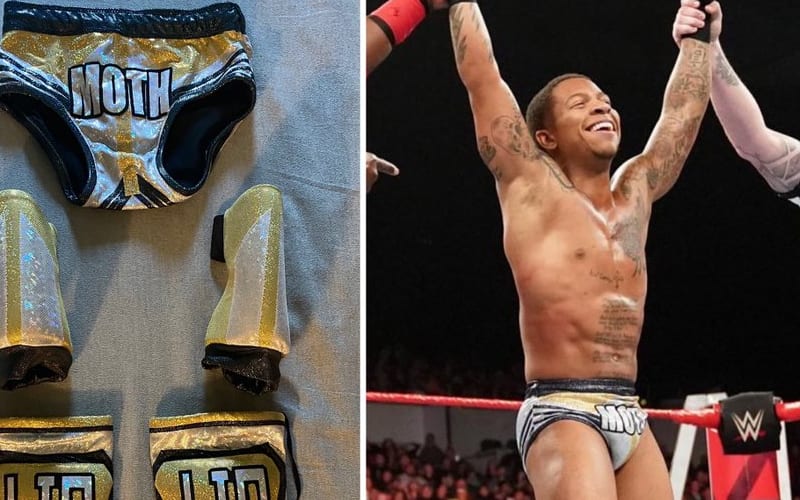 Lio Rush was released from WWE on April 15th. Shortly afterward Rush stated that he isn’t certain he will ever wrestle again. If he does step back in the ring he might need something new to wear because he’s selling practically all of his gear.

The Man Of The Hour flooded his Twitter timeline with posts of different pieces of gear he is selling. This gear comes from various times in his pro wrestling journey and he included a picture for proof next to each item.

You can click here to check out a #DontRushChallenge video that Lio Rush did where he’s wearing some of these articles of clothing.

It’s unclear why Lio Rush is selling so much of his gear. Perhaps he needed to clean out his closet. He did state that he feels like he may never wrestle again. The current global pandemic really changed the situation.

Lio Rush is keeping busy. He just dropped his first solo album. Click here for more details on his new record. You can check out his recent for sale postings below.