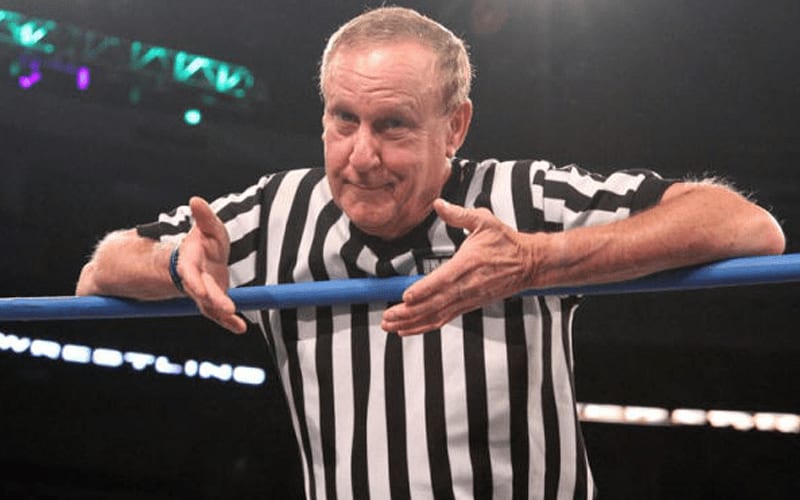 Earl Hebner was signed to an AEW contract, but he doesn’t make Dynamite tapings. The 70-year-old legendary pro wrestling referee has appeared for AEW, but only for special events. He’s certainly not making any events during a pandemic.

While speaking to VOC Nation, Earl Hebner discussed his deal with AEW. He admitted to being “no spring chicken,” but All Elite Wrestling was able to work out a deal with him even if he’s “running out of gas.”

“It’s been great…the traveling is not one of my deals now.. . Cody and I worked out a deal where I only work when I’m needed. I don’t want to work all the TVs and the house shows and stuff like that. Whenever he needs me, he’s got my number and he can call me..I’m running out of gas. I’m not a spring chicken anymore. I just want to do the things that I’m needed for the most, and the rest of it, the young boy can handle it.”

Earl Hebner hasn’t appeared for AEW in quite some time. Hopefully, he will be able to make the next big All Elite Wrestling pay-per-view event so he can officiate once again.