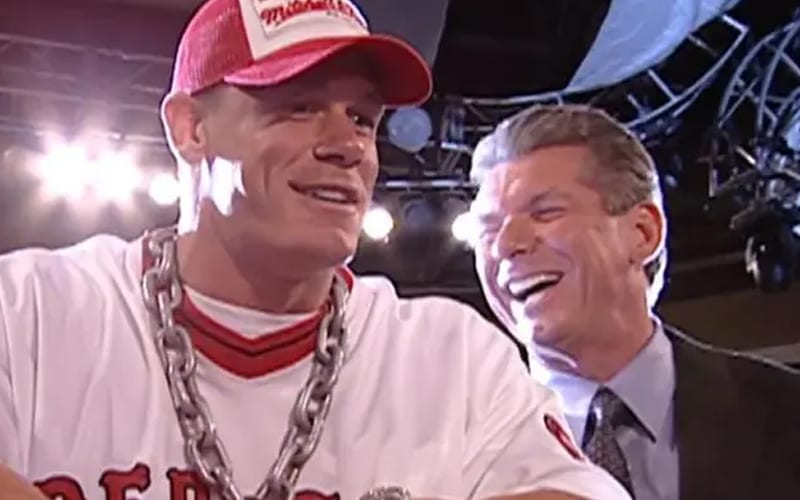 John Cena maintained his top spot in WWE for a very long time, but did he always use the best tactics?

The Lewis Nicholls Show recently spoke to former WWE Superstar Tyler Reks. He didn’t have the best stories about John Cena including how Cena made him change his finisher.

Tyler Reks talked about teaming with Curt Hawkins who had a great idea for an angle. The idea was to get “fired” on the show but then the two would keep finding ways to sneak back into the arena to get attention.

Reks said that Curt Hawkins had a good relationship with John Cena. They spoke to Cena about the idea and he loved it. Cena then told them to put the idea on a DVD and get it to him.

John Cena said he was going to be “on the jet with Vince” and pitch the idea. The next week Miz and R-Truth ended up with the storyline that Tyler Reks and Curt Hawkins pitched for themselves.

“We went to talk with him and John [Cena] had a great conversation with us. He’s like, ‘this is a killer idea, man. Can you put this on DVD? Go to [Brooklyn] Brawler right now in the promo room. Can you put this on a DVD?’ So we go to the promo room and we cut a few promos and outline what we wanted to do. We get it all done in a night. [Cena] is like ‘do you have the DVD?’ He takes the DVD and he goes, ‘I’m on the jet with Vince tonight and we’re gonna talk about it.’ We go awesome!”

“The next week we see John at TV and ask how did it go and he said, ‘it went pretty good let’s see what happens.’ Okay, cool.’ Guess who got fired the next week on RAW? It was Miz and Truth.”

“The next week that storyline progressed and it was basically what we pitched, but with Miz and Truth with John as they guy they jump at the end. We had a term that we used ‘Being Burchilled’ because Paul Burchill would pitch stuff all the time and creative would take it and use it for someone else. At one point we just asked Cena ‘are we being Burchilled?’ and he’s like, ‘yeah, you did.’ Blatantly telling us that he stole our stuff and used it and left us at the bottom.”

Tyler Reks said that he was angry at the time for having those opportunities taken from him. Things are different now and he sees things in a different light. Now he’s not angry. He grew and learned through the experience. He holds no hard feelings against John Cena because “he’s the top guy for a reason and if that’s how things were handled then more power to him, man.”

At least Reks doesn’t seem mad now. How would you feel if you were in the same position? Sound off in the comments below!