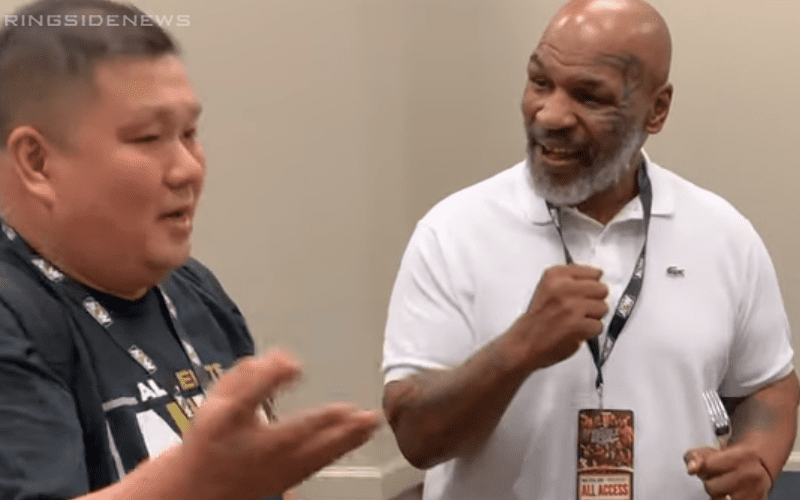 Mike Tyson was there backstage at Double Or Nothing and this gave Fat Ass Masa a chance to tell Iron Mike a story. Years ago the two snapped a selfie together and now after so much time Masa is able to tell the story to Tyson.

Apparently, Tyson was running as part of a workout and a young Fat Ass stopped the boxing legend for a selfie. Years later it seems that Tyson was shocked that he came back for the picture.

The two are older now and were able to snap another selfie which added to Masa’s collection of photo-ops with Tyson.